Middle East: About 40 Indians who went to join ISIS, forced to live in jails, no place to return home 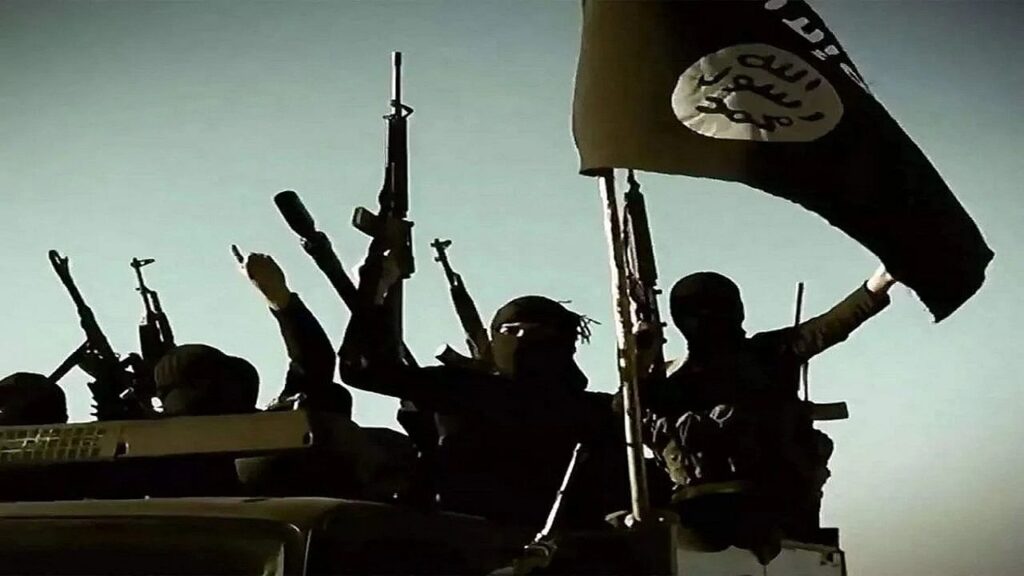 Most of the Indian expatriates who have joined the terrorist organization ISIS are believed to be lodged in camps run by Kurdish forces and in Turkish-Libyan prisons. They are not being given any diplomatic help from the Government of India.

terrorist organization isis (ISIS) The life of many Indians who went to join in has become like hell and for them today’s situation is stuck at a crossroads, they can neither move forward nor go back. Nearly 40 Indians who joined ISIS are now in prison camps in the Middle East (Middle-East prison camps) are in. Most of the Indian expatriates who have joined the terrorist organization are believed to have been killed by Kurdish forces. (Kurdish forces) Camps run by Turkey (Turkey) and Libya (Libya) kept in jails. No diplomatic help is being given to these people by the Government of India.

The son of a civil engineer who had settled in Kuwait for a long time, returned to his home in Hyderabad when he had almost completed his degree in computer science from Colin College, Texas. Preparations were now being made for Talmizur Rahman’s wedding, but then one summer morning in 2014, she caught a flight from Mumbai to Istanbul and then disappeared into the Islamic State.

People kept in jail camp without any case

Three years later, government and intelligence sources told news website Print, Rahman has been held without a case in the al-Shadadi prison camp near Hasakah, controlled by the Kurdish Syrian Democratic Forces (SDF), as well as some 600. Other Islamic State cadres have also been kept. They also include at least 40 other Indian nationals who were living as expatriates in the Middle East, and about half of them are children or women, – now believed to be in prisons in Turkey and Libya, as in al- Shadadi and others are housed in SDF-run camps such as Ghweiran and al-Hawl.

Like many other countries, India has chosen not to provide any diplomatic help to the prisoners of Islamic State. “For families like mine, the situation is extremely painful,” says Hyderabad-based veteran Mohd Moizuddin. She learned in 2018 that her son, Mohammed Ikramuddin, was killed in the conflict, and that her daughter-in-law Arjumand Bano was housed in Al-Hawal with their young children.

“The government is of the view that there is no real possibility of proving innocence against these individuals,” a senior intelligence official told The Print, “and the chances of a return of trained, jihadists in this community are very high.

Information has been received of some Indians housed in this area, some of whom appear to be highly educated, who also provided vital technical and managerial skills to the Islamic State. For example, electronics engineer Syed Muhammad Arshiyan Haider who was born in Ranchi, educated at the prestigious Aligarh Muslim University and is now imprisoned in Turkey, is believed to have built suicide drone systems for the Islamic State as well as short-range rockets. also helped in the design.

Haider is believed to have lived in Dammam, Saudi Arabia for a long time and was linked to a network run by Bangladeshi-born Glamorgan-trained computer engineer Siful Haque Suzanne and Pakistani national Sajid Babar, both in Raqqa. Killed in Islamic State drone strikes.

Haider is believed to have sourced the electronic components for Islamic State’s drones through a network of front-line companies run by Syrian-born Ibrahim Haag Gneid – one of several foreign jihadists revealed last week Who was given Turkish citizenship under opaque circumstances.

There is no information about Haider’s wife, Alina Haider, who belongs to the Chechen community of Belgium, or their two young children. His house in Ranchi is closed and neighbors said they did not know the whereabouts of the family. There is a large number of such highly educated Indian people who are living there.

Not aware of family members at home

Similarly, Moizuddin’s son Ikramuddin had held a high-paying job in Saudi Arabia for more than a decade, but later moved to Islamic State with his wife Arjumand Bano and two children. However, the circumstances behind his decision remain unknown. Intelligence sources say that Arjumand and his children are now in al-Hawal.

Al-Haul, a sprawling prison that houses thousands of families from around the world, has been described as a sort of Islamic State mini-state. Government sources said Indian prisoners there include Amani Fatima and her son, who had gone to Islamic State with her husband Naseem Khan. Naseem Khan, an engineering graduate from Thane, used to work in the Delhi Metro before moving to Bahrain. The family members refused to discuss the matter, but one said off-the-record that they used to get messages from Amani from time to time.

According to sources, Fabna Nalakath, daughter Hanya Perunkaleri, born in 2013, accompanied her husband Mohammed Mansoor Perunkaleri to the Islamic State area. Now they too are living in the same camp.

However, the people of these families are very concerned about the policy of the Government of India regarding the evacuation of Indians living in prisons or camps in the Middle East.