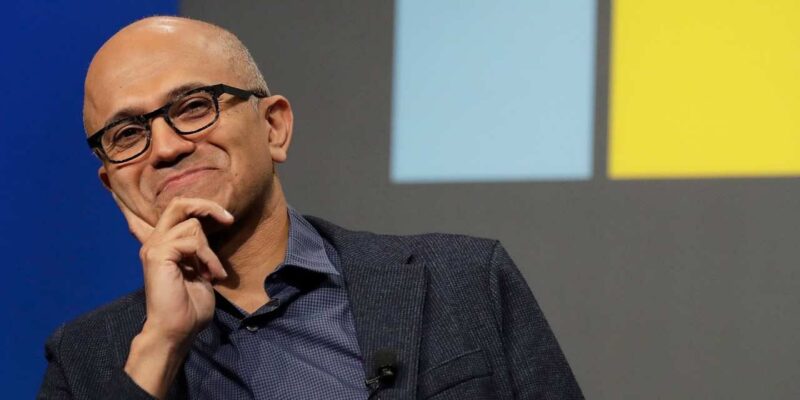 Nadella has been honored with many prestigious awards before this.

The award was instituted in 2010 at the request of the ‘Corporate Eco Forum’ (CEF) to honor Indian-American Prahlad. Prahlad was a founding advisory board member of the forum. This prestigious award recognizes exceptional, globally significant work done in the private sector that exemplifies the fundamental link between sustainability, innovation and long-term business success.

Four top Microsoft members – Nadella, company President and Vice President Brad Smith, Chief Financial Officer Amy Hood and Chief Environmental Officer Lucas Joppa – were given the prestigious award for working towards the goal of turning Microsoft into a carbon negative company by 2030. Is.

Received many awards before

CEF founder MR Rangaswamy said that Nadella, Hood, Smith and Joppa have done remarkable work. This is the first time we have seen such an alliance of CEO/Chairman/CFO/Environmental Officer. The award was announced during an annual leadership summit.

Nadella has been honored with many prestigious awards before this. In the year 2019, he was named the Financial Times Person of the Year. At the same time, in the year 2020, he has also been given the honor of Global Indian Business Icon.

became the chairman of the company in June

The world’s largest software company Microsoft has appointed Satya Nadella as chairman in June this year. Indian-origin Nadella has been the CEO of the company for the last 7 years. Under the leadership of Nadella, the company has touched new heights and he was rewarded by making him the chairman. Satya Nadella has replaced John Thomson. Thomson once again returned to the role of lead independent director. Thomson was made the chairman in the year 2014.

The company then said in a statement that in this role, Nadella will lead the agenda-setting work for the board, taking advantage of the right strategic opportunities and developing a deep understanding of the business to identify key risks and mitigate their impact. Take advantage of the understanding.

Nadella was made the CEO of Microsoft in the year 2014. When he took over the position, the company was going through a lot of troubles. Nadella not only took Microsoft out of these troubles but also took it to new heights. He focused on cloud computing, mobile applications and artificial intelligence. Nadella earned $ 42.90 million (about Rs 316 crore) in the year 2019, which was 65 percent more than the previous financial year.

Also read: America ready to open its borders after 19 months, borders were sealed due to COVID-19