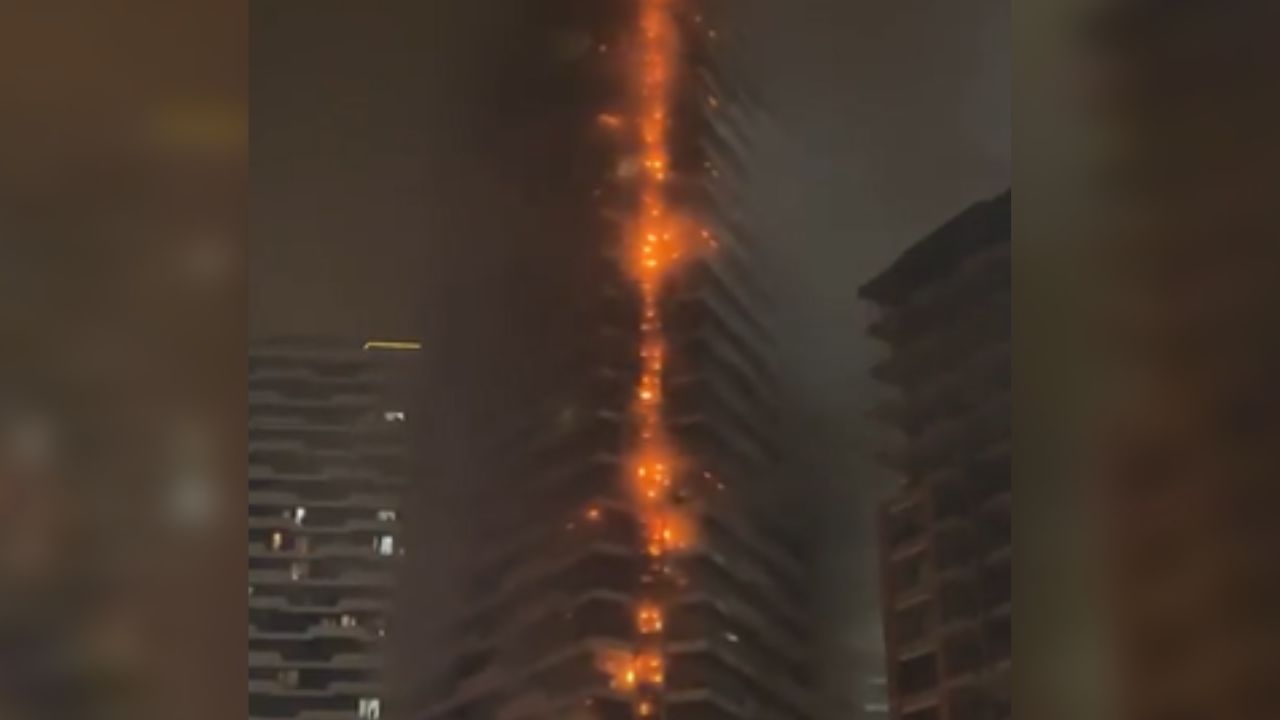 A rapid fire broke out in the lower floor of this multi-storey building in Kadikyoy district, which gradually spread to the top floors. All the people present in the building have been evacuated safely.

A multi-storey building has caught fire once again in Istanbul, Turkey. The building is said to be of 24 floors. In the video going viral on social media, the scene of the building burning up in smoke can be seen. The fire broke out not on any one floor, but in the entire building. Not even a single floor was left untouched by the flames. This incident is being told in the Kadiky area of ​​Istanbul. Fire brigade vehicles can be seen near the burning multi-storey building. The reason for the fire is not yet clear.

The building in Istanbul that caught fire is a hotel or a residential building. It is believed that many people were present in the hotel at the time of the incident. However, no report of any casualty has been reported so far. A similar fire incident was seen in Turkey a few days ago as well. Last weekend, a gas leak caused a major explosion in a residential building in Fikirtepe. In this incident 3 people were killed and one person was injured.

fire was found under control

According to a report in ‘Taas’, the fire broke out rapidly in the lower floor of this high-rise building in Kadikyoy district, which gradually spread to the top floors. According to media reports, all the people present in the building have been evacuated and firefighters have brought the fire under control. Istanbul Mayor Ekrem Imamoglu also posted about the incident on social media. He said that no one was hurt and no one died in the incident. He claimed that the firefighters quickly got the fire under control.


explosion in coal mine

At the same time, an incident of explosion in a coal mine in northern Turkey also came to light on Friday evening. The death toll in this incident has increased to 28. The blast took place around 7 pm on Friday at the state-run TTK Amasara Musesse Mudurlugu mine in the town of Amasara in the Black Sea coastal province of Bartin. 110 workers were working in the mine at the time of the blast. Energy Minister Fateh Darmaz said efforts were being made to rescue 15 people, most of whom were trapped in the gallery of the mine, which is still on fire.