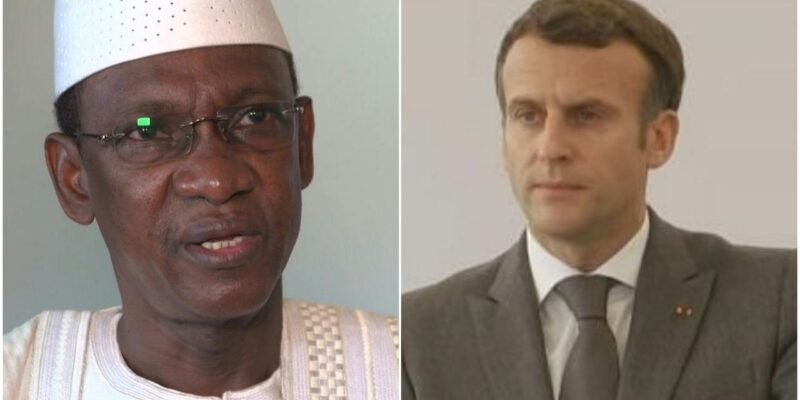 France and Mali Conflict: The African country of Mali has made serious allegations against France, saying that it is training terrorists inside the country. This allegation has been made at a time when French President Emmanuel Macron says that France has no intention of maintaining its military presence there (Mali) for a long time. In an interview with Russian news agency RIA Nowatsky, Mali’s Prime Minister Choguel Kokalla Maiga claimed that French officials, instead of pretending to be involved in counter-terrorism operations, were working with terrorist organizations in the Kidal region of northern Mali. giving training to.

The report, published on the Russian government’s television media network RT, said that Mali also has evidence that France is training terrorists in its territory. The report quoted Mali’s PM Choguel Kokalla Maiga as saying, “There are terrorist groups, which have been trained by the French authorities. We have proof of this. He alleged that the French army had controlled an entire enclave in the northern desert city of Kidal to such an extent that Mali authorities could not enter their own territory.

Support for terrorists linked to al-Qaeda

Prime Minister Maiga has said that the French military does not allow Mali officials to enter. The French are reportedly coordinating with ‘terrorist groups’ linked to al-Qaeda known as Ansar-al-Din and other organizations that ‘came from Libya’. France intervened in this country in the year 2013 (Why France Army in Mali). At that time armed rebels occupied the northern region. Since then, France has deployed thousands of soldiers in the Saleh region. France says that it wants to expel the rebels from here.

France has been conducting Operation Barkhane since 1 August 2014 against terrorist groups in Burkina Faso, Chad, Mali, Mauritania and Niger. But the Prime Minister of Mali says that these terrorists have come from Libya. Because here (Libya) when France made military intervention with NATO allies in 2011. According to Maiga, Mali had talked about cooperating with France through data and air support to deal with terrorist organizations. But still it continues to increase its military presence in the region. Which is not needed at all. He said that earlier these terrorists were in only a few areas, but in the last 8 years the situation has worsened and now they occupy two-thirds of the country.

Electricity Crisis: There may be power shortage in the capital Delhi, Tata Power sent a message to the consumers; CM wrote a letter to PM Modi

Pregnancy Care: Every woman should remember these things after caesarean delivery