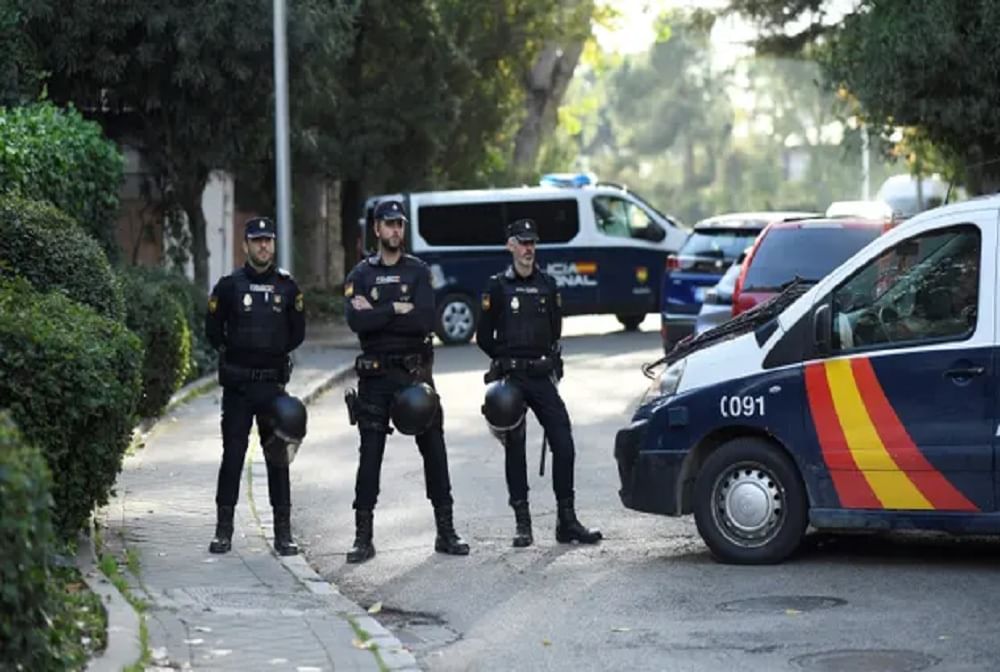 Security has been beefed up around the Ukrainian Embassy in Delhi after the letter bomb blast at the Embassy of Ukraine in Spain. The manager of the embassy was injured in the explosion in Madrid, the capital of Spain.

Letter bombing at the Ukrainian embassy in Spain

spain In Delhi after the letter bomb blast at the Embassy of Ukraine in Ukrainian Embassy Security has been increased around. After this incident, the Embassy instructed its employees to remain alert. At the same time, the Delhi Police also reviewed the security around the Ukrainian Embassy. People passing around the embassy are being monitored with the help of CCTV cameras.

One person was injured in a letter bomb blast at the Ukrainian Embassy in Spain’s capital Madrid. After this the security system was increased there. The Spanish police has started an investigation into the letter bomb blast case. The Interior Ministry of Spain gave this information. Talking to the media, the Ministry said, the police was informed that an employee in the Ukrainian Embassy was injured while receiving the letter.

Explosion occurred while receiving the envelope

At the same time, Ukrainian Foreign Ministry spokesman Oleh Nikolaenko said that the embassy in Madrid received an envelope. While receiving, the envelope burst in the hands of the embassy manager. He got minor injuries. After this he was admitted to the hospital. Necessary medical help is being provided to them. There is no danger to his life. He further said that other employees of the embassy were not hurt.

Order to increase security of all Ukrainian embassies

On the other hand, Ukraine’s Foreign Minister Dmytro Kuleba immediately ordered to strengthen the security of all Ukrainian embassies. He asked his Spanish counterpart to immediately investigate the attack. Nikolaenko said, ‘Whoever is behind this blast, we will not let his plan succeed. They are trying to intimidate Ukrainian diplomats to give tough competition to Russia. Will not let them succeed in doing so.

Security increased in Delhi as well

According to the news agency AP, this incident of letter bomb explosion at the Ukrainian Embassy took place at 1.20 local time there. After this the information of this incident was given to the police. The police reached the spot and increased the security of the embassy. Bomb squad was sent to find out. After this incident, Ukraine advised its embassy staff to be cautious. In this sequence, the security of the Ukrainian Embassy in Delhi has also been increased.