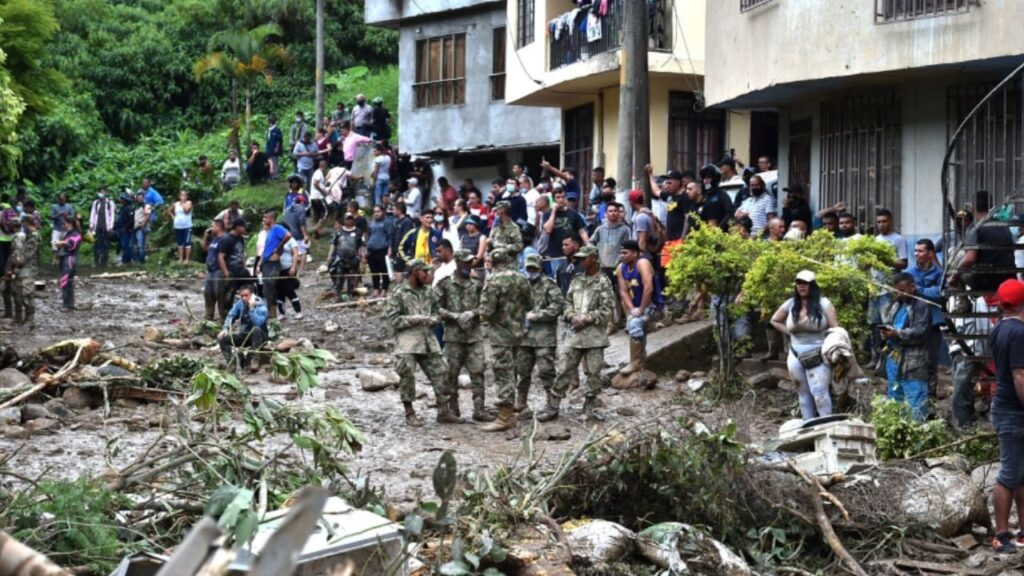 Landslide in Colombia: Landslide occurred in Colombia after heavy rain. In which more than a dozen people died, while a large number of people were injured.

Western Colombia (ColombiaAt least 14 people were killed and 35 others injured in a landslide triggered by heavy rains in a residential area of ​​a city on Tuesday morning. Officials said that one person is also reported missing after the fatal landslide in Risaralda of Pereira Municipality. Pereira Mayor Carlos Maya (Pereira Mayor Carlos Maya) reported that the landslide (Landslide) caused the death of 14 people. He warned that there was a danger of landslides in the area.

He appealed to the people to vacate this place so that no more people get hurt. Most of the houses that have been affected due to the landslide were made of wood. Rescue teams have evacuated more than 60 houses. Colombian President Ivan Duque has expressed condolences to the families of the deceased. Mayor Carlos Maya confirmed the death toll. He has also appealed to the people that the landslide is still going on. In such a situation, it is necessary for people to be careful.

Rocks fell on many houses

The tragedy occurred on Tuesday morning due to a torrential downpour. Due to which the landslide happened. Then rocks fell on several houses in La Esneda in Pereira. It is the capital of the province of Central Risaralda. After offering condolences to the families of the deceased, the Duke called on the National Risk Management and Disasters Unit (UNGRD) to “ready to intervene when necessary”. Pereira Mayor Carlos Maya said two minors were among the dead. Some houses have been evacuated. Because even now it remains a risky area. There will be danger of incineration here.

There was devastation even 25 years ago

Meanwhile, local media have reported 14 deaths, officials say, the number of missing people is not yet clearly known. The mayor said that a similar tragedy happened in the region about 25 years ago. After which the water of the river increases every time in winter. “The banks of the Otun river have been flooded several times and however we have cleared the area so that people do not live under that risk,” he said. Now we are searching for the dead bodies. At present, relief and rescue work is going on.