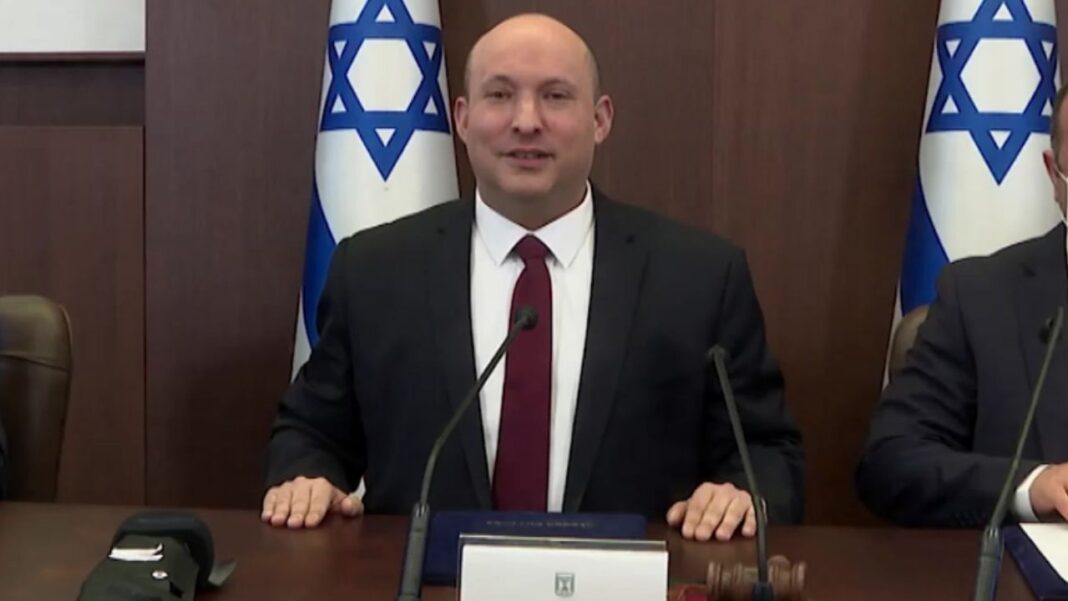 Israeli PM Naftali Bennett: Israeli Prime Minister Naftali Bennett has been infected with the Corona virus. He was to visit India next month to mark the 30th anniversary of the establishment of diplomatic ties between the two countries.

Israeli Prime Minister Naftali Bennett (Israeli PM Naftali Bennett) Corona virus on Monday (Coronavirus) have been found infected. His media advisor gave this information. 50-year-old Bennett from April 3 to April 5 in India (Naftali Bennett India Visit) were about to visit. It is not yet known whether his trip will be cancelled. “The prime minister is feeling well and will continue to work from home,” Bennett’s office said in a statement.

“Bennett, along with Defense Minister Benny Gantz, Interior Security Minister Omar Barlev, Israel Defense Forces Chief of Staff Aviv Kohavi, Shin Bet Chief Ronen Barr, Police Chief Kobi Shabtai and other officials this morning, joined forces with the terrorist attacks last night,” the statement said. Will review the incidents related to the attack. Two Israeli policemen were killed and some others were injured in a terrorist attack in Hadera on Sunday.

Bennett was seen wearing a mask in the picture

Bennett attended a meeting in Hadera, but was seen wearing a mask in the officially released photo. At the same time, about the visit to India, Bennett said about a week ago that India-Israel relations are based on mutual ‘appreciation and meaningful cooperation’. He had said that he would visit India in the first week of April to mark the 30th anniversary of the establishment of diplomatic relations between the two countries.

What did Bennett say about the trip to India?

If he is able to come to India, then this will be the first visit of Bennett, who became Prime Minister in June last year. The purpose of the visit was said to expand cooperation between the two countries in the areas of innovation and technology, security and cyber and agriculture and climate change. Bennett had said, “I am pleased to take my first official visit to India at the invitation of my friend, Prime Minister (Narendra) Modi, and together we will continue to take the relationship between our countries forward.”

Also read- Pakistan: Will the government survive or fall in Pakistan? No-confidence motion will be presented against Imran Khan today, the opposition will also take to the streets