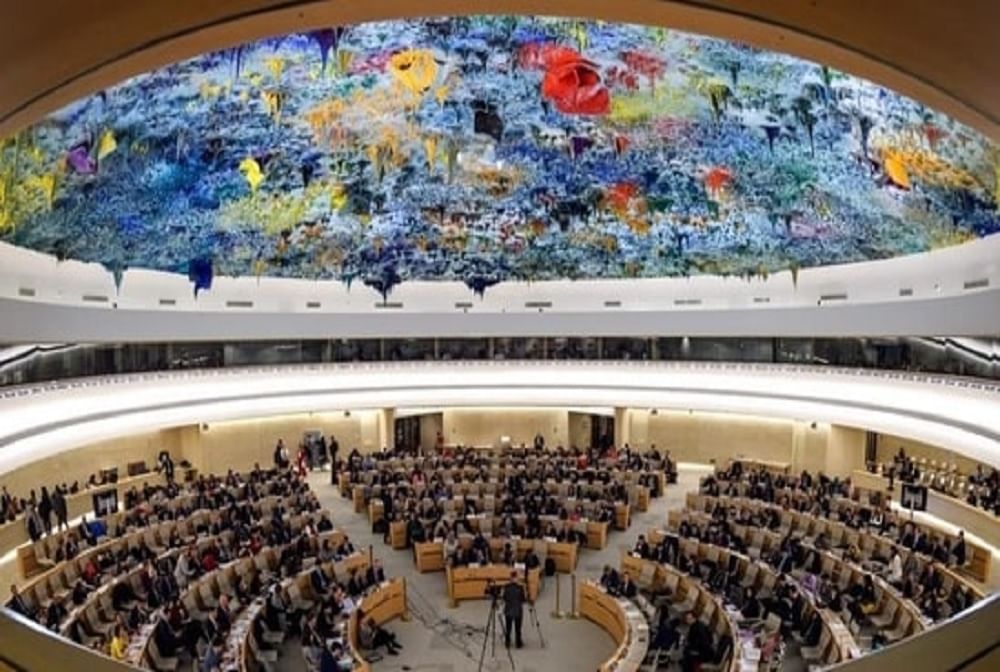 India raised the issue of Tamil in UNHRC

India on Monday united nations human rights council (UNHRC) raised the issue of Tamil. India said that Sri Lanka Human rights are being violated in In the UNHRC meeting, India expressed concern over the human rights of the Tamil people living in Sri Lanka. India said that Sri Lanka has not made any progress on the resolution of the Tamil issue, which is a matter of concern. “It is a matter of concern that Sri Lanka itself is going back on its commitment,” the Indian delegation said in a dialogue organized at the 51st session of the United Nations Human Rights Council on OHCHR’s report on the promotion of reconciliation, accountability and human rights in Sri Lanka. Till now it has not taken any concrete step to resolve the Tamil issue.

India said its consistent approach to peace and reconciliation in neighboring island nation Sri Lanka has been for a political solution within the framework of a united Sri Lanka. But it is also his human right to ensure justice, peace, equality and respect for the Tamil people living there. At the same time, a top UN Human Rights Council official said that Sri Lanka should reform human rights and strengthen institutions to deal with humanitarian challenges. Let us tell you that Sri Lanka is currently facing the worst economic crisis.

The wrong policies and partisan attitude of the Sri Lankan government caused deep discontent among the Tamil people living in Sri Lanka. Those people consider themselves cut off. Moreover, since the economic crisis has deepened in the country, since then those people have started thinking of themselves and alone. He is not being treated in the same way, due to which those people are hurt. A large number of Tamil people live in Sri Lanka with a population of 23 crores. About 18 percent of the people are Tamil. Some of them are Tamils ​​of Hindustani origin while some are of Sri Lankan origin. Tamils ​​of Sri Lankan origin are those who migrated here long ago during the colonial rule.