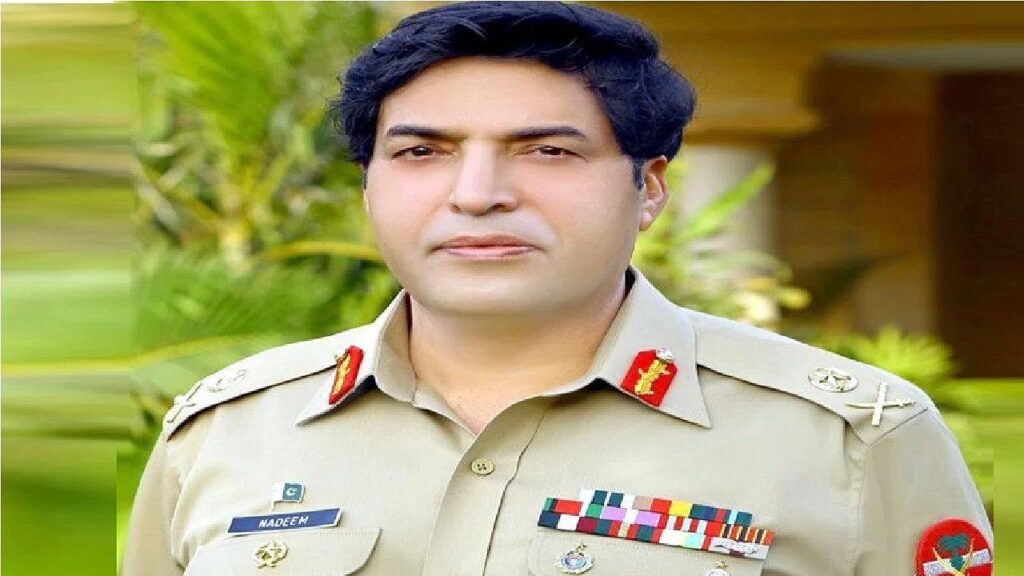 Pakistan Prime Minister Imran Khan has appointed Lieutenant General Nadeem Ahmed Anjum as the Chief of Inter Service Intelligence (ISI). Anjum will take over the command of Pakistan’s intelligence agency on November 20. Significantly, the Pakistan Army issued a statement on October 6 and announced the appointment of Anjum in place of the current ISI chief Lt Gen Faiz Hameed. Since then, it was believed that Imran Khan would have to officially seal Anjum’s name.

At the same time, Anjum will take over the command of ISI from November 20. On the other hand, the current ISI chief Faiz Hameed will continue in his post till November 19. A formal announcement from Pakistan’s Prime Minister’s Office was issued on Tuesday evening. But in October, the Pakistan Army’s media wing Inter-Services Public Relations announced the appointment of Lt Gen Anjum as the head of Pakistan’s spy agency. After the announcement made by the Pakistan Army, there was speculation that there was a difference of opinion between the Imran Khan-led government and the Pakistan Army.

The danger is looming over the Imran government

It is not hidden from anyone about the Pakistan Army that it has been taking important decisions in matters related to the country’s security and foreign policy. Imran Khan’s office acknowledged that there were some “technical problems” between the Pakistan Army and the Imran government. It had said that these issues would be resolved soon. People familiar with this matter had given information about this. The thing to note here was that if the army had decided not to compromise with the Imran government, then changes could have been seen in his government till the upper level.

Bajwa and Imran had a meeting regarding the ISI chief

A statement issued by the Prime Minister’s Office in Islamabad said that Imran has seen and approved the appointment of Anjum as Director General of ISI with effect from November 20. It said that the current ISI chief Lt Gen Faiz Hameed will continue in his post till November 19. The Prime Minister’s Office confirmed that in an earlier meeting between the Prime Minister and Army Chief General Qamar Javed Bajwa, the timing of the change of command in the ISI and the timing of the selection of the new DG ISI were discussed. It is also known that three names were suggested to Imran, but he had to put the seal in the name of Anjum.

Also read: Imran government conceded defeat in front of TLP which threw Pakistan into the fire of riots, 350 members were released