If the Deuba government is formed in Nepal, will relations with India improve, will the land dispute go away? 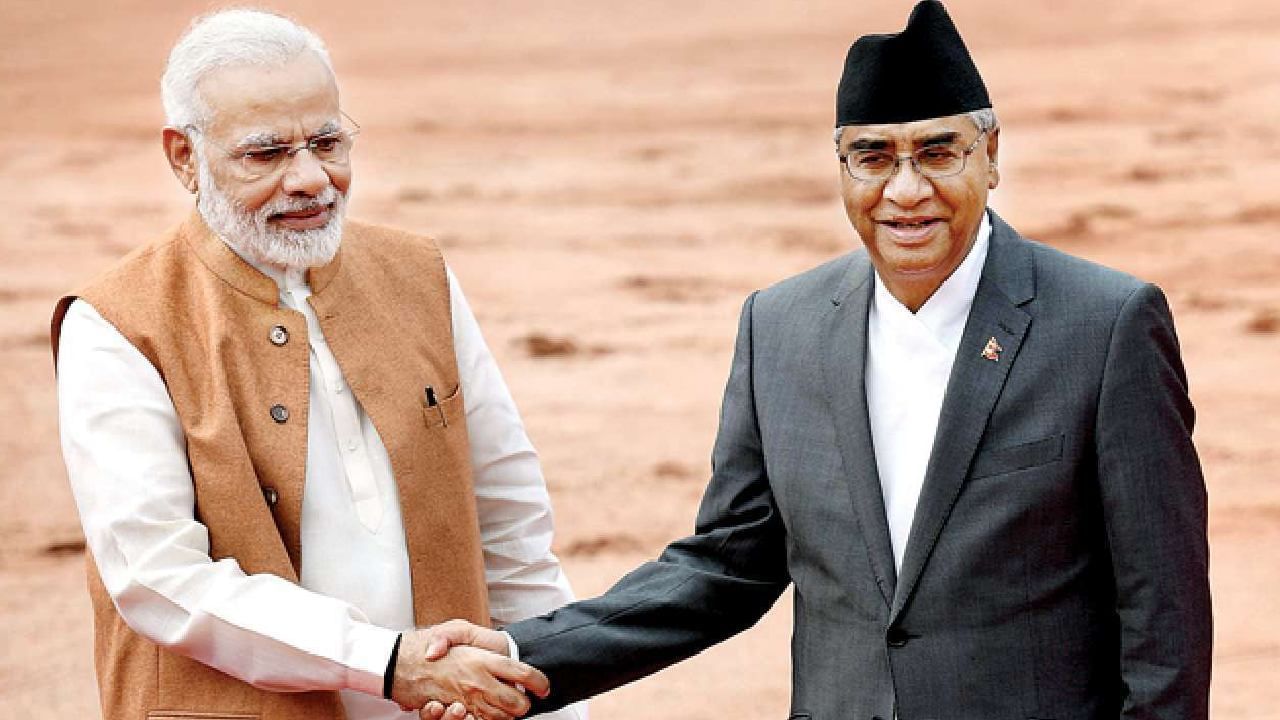 There are cultural relations between India and Nepal and also trade relations. India like an elder brother helps Nepal in every possible way and is also concerned in the development of Nepal.

The results of the general elections held in the neighboring country Nepal are showing that Sher Bahadur Deuba The coalition headed by K is moving forward in the direction of government formation. It is expected that the government will be formed under the leadership of Nepali Congress and Deuba will again prime minister of nepal Will be Although the counting of votes is still going on and anything can happen till the final result comes. But in the trends that are being seen, the victory of the Deuba alliance is being considered as confirmed.

Now that the possibility of Deuba’s formation of the government has increased again, it is believed that the relations between India and Nepal will strengthen and all kinds of problems will end. India is also keeping an eye on this election of Nepal. Let us inform that while Oli’s government has been a supporter of China, Sher Bahadur Deuba has always been a supporter of India’s favor and interest.

According to the results of the Nepal general elections that have come out so far, the biggest victory has been of the current PM Deuba. While Deuba got 25354 votes, his rival independent candidate Sagar Dhakal got only 1302 votes. Deuba is contesting from Dadeldhura district. This victory of Deuba will make it easier for him to become the prime minister again. Deuba is the Prime Minister for the fifth time so far and if his alliance wins, he can become the Prime Minister for the sixth time.

According to reports, the ruling Nepali Congress has so far won ten seats while it is leading in more than 50 seats. On the other hand, the opposition alliance led by KP Oli has so far won only three seats and is leading in some seats. Explain that the opposition alliance includes the CPN-UML party while the Nepali Congress alliance includes the CPN Maoist Center and the CPN-Unified Socialist parties.

Elections were held for the House of Representatives and Legislative Assemblies of 7 states in Nepal on last Sunday under the supervision of the Election Commission of India. The counting of votes started on Monday which is still going on. Elections have been held for 275 seats in the Federal Parliament and 550 seats in the Legislative Assemblies of 7 states in Nepal. According to the Constitution of Nepal, out of 275 members of the Federal Parliament, 165 members are to be elected by direct voting, while the remaining 110 members are to be elected with the help of proportional election system. Similarly, out of total 550 members of state legislative assemblies, 330 are to be selected directly while 220 are to be selected through proportional system.

According to the officials of the Nepal Election Commission, the Deuba coalition is on the way to victory and now there is an increased possibility that the next government will be formed under the leadership of Deuba. This alliance has also opened its account in Kathmandu. Party candidate Prakash Man Singh has won from Kathmandu one.

Singh got a total of 7140 votes while his rival and Rashtriya Prajatantra Party candidate Ravindra Mishra got 7011 votes. There was a neck to neck fight going on here. On the other hand, Nepali Congress General Secretary Gagan Thapa has won the election of the House of Representatives from Kathmandu Constituency number four by a margin of about 7500 votes. He defeated Rajan Bhatrai of CPN-UML.

On the other hand, former Prime Minister and CPN-UML KP Sharma Oli is still leading. Civil Immunity candidate Ganganram Chowdhary has won the election to the House of Representatives from Kailali three constituencies. According to the news that has come so far, CPN Maoist Center is leading on 14 House of Representatives seats, Rashtriya Swatantra Party on 11, CPN-Unified on 7 seats, Rashtriya Prajatantra Party on 6 and Civil Liberation Party on 3 seats. Please tell that in this election of Nepal, more than one crore 80 lakh people were able to vote.

Emphasis on improving relations with India-China

Amidst the victory of the Deuba-led coalition and strong chances of forming the government, senior leader of the ruling Nepal Congress Prakash Man Singh has said that the new government of Nepal needs to develop better and friendly relations with India and China. . He also said that he will also contest the election of the leader of the parliamentary party to lead the new government when a suitable opportunity arises. But now many kinds of things are being said about the Indo-Nepal relations. Many people are believing that if the government is formed again under the leadership of the current Prime Minister Deuba, then Indo-Nepal relations will be stronger than before.

Some experts also believe that since land politics is going on everywhere in the world and the way the previous Oli government created a border dispute with India in support of China, it cannot end now. The reason is that many people of Nepal keep on taking forward the border dispute under the guise of Oli. Deuba has been a supporter of India, so he would not like to create any new controversy now. Even Deuba cannot separate from China in the changed situation, but there is a centuries-old relationship between India and China, which will get strength.

Better relations are necessary so that the land dispute ends

The Oli government had described the Dharchula Lipulekh pass in Uttarakhand as a part of Nepal. Nepal claims that this area falling near Kalapani belongs to Nepal. Its map was also prepared and publicized by Nepal in its own way. Nepal has also mentioned the Sugauli Treaty in 1816 in this regard. According to Nepal’s Ministry of Foreign Affairs, under the Sugauli Treaty, all the areas east of the Kali River, including Limpuadhura, Kalapani and Lipulekh, are part of Nepal. While India considers it as its part from the beginning.

In this election, the alliance led by Oli contested on the issue of nationalism and kept all these matters in the public domain. Large population of Nepal is still Oli supporter and also close to China. In such a situation, it is now clear that the issues on which there is a dispute will not end soon, but Deuba has been a supporter of India for a long time and values ​​Indian relations, so it is clear that Indo-Nepal relations will Will be better than and disputed issues will remain stable.

There is a relation of roti-beti between Nepal and India. Marriages take place between a village in the Terai region of Nepal and a village in the Indian region. There are cultural relations between the two countries and also trade relations. India like an elder brother helps Nepal in every possible way and is also concerned in the development of Nepal. In such a situation, it is expected that Deuba’s government will strengthen this relationship.

People of Ukraine will not get free food, Poland sets deadline