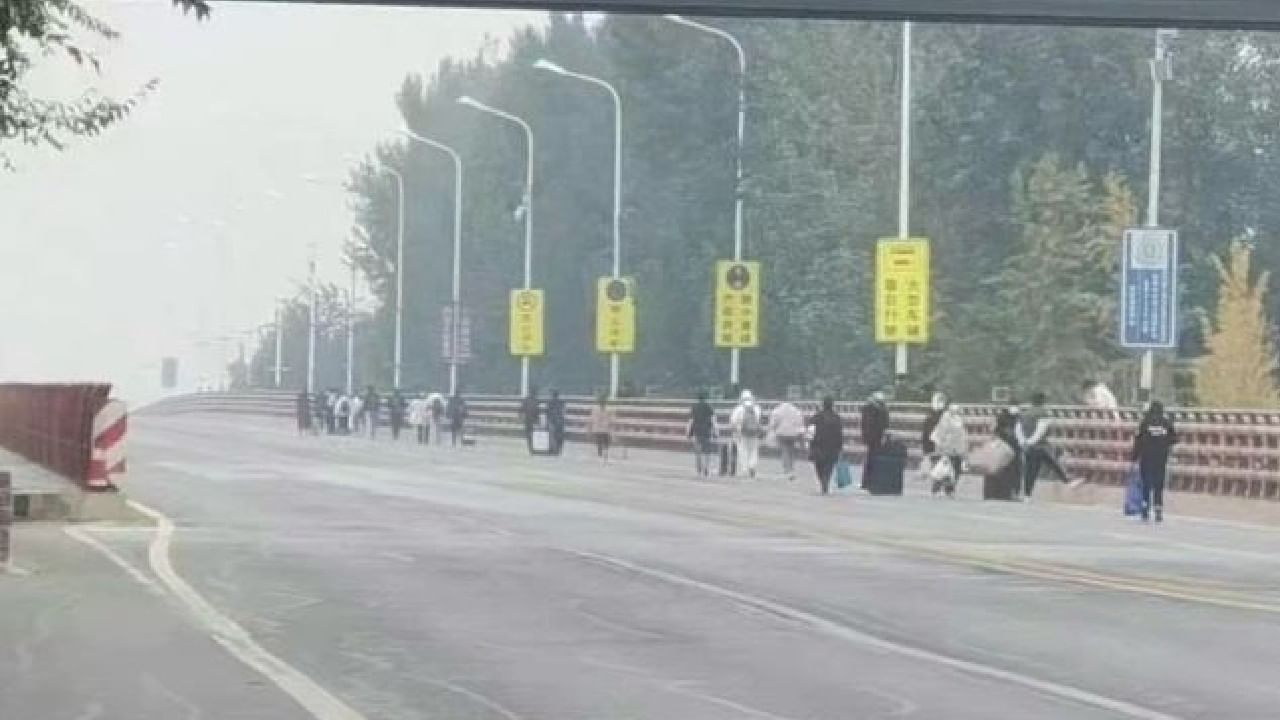 The workers of this factory were seen going home on foot last month.

Workers at the world’s largest Apple iPhone factory in China corona virus He was beaten and detained due to a contractual dispute between the sanctions in force. This is visible in some videos posted on social media on Wednesday and the factory workers also gave this information.

Videos from the Zhongzhou factory, available on Chinese social media, showed thousands of masked protesters confronting police in white protective suits. One person was hit on the head with a stick and another was taken away with his hands tied behind his back. It was said in the post on social media that these people were protesting against the breach of contract.

1/2 Breaking: Newly recruited #foxconn workers in #iphone city ​​in #Zhengzhou, #CCPChina try to break out of Foxconn as they say they are deceived. Foxconn didn’t separate them from older employees who could be #covid affirmative, and the contracts they were asked to sign are… pic.twitter.com/FqmRfwZMk7

2 lakh workers work in the factory

The operator of the company Foxconn Technology Group said that the employees were living in their workplace and had no contact with the outside world. After this, thousands of workers left the factory last month due to complaints of inadequate safety measures against the corona virus and no help for colleagues who fell ill. Apple Inc had earlier warned that new iPhone 14 models would be available in the market with a delay due to restrictions imposed on the Zhengzhou factory. The city government restricted access to the industrial area around the factory. Foxconn company told that 2,00,000 people are employed in this factory.

In fact, in order to save the people amidst the increasing corona in China, the Jinping government has imposed strict restrictions in many cities. People are being forcibly tested for corona. Along with this, they are being asked to follow strict lockdown. In such a situation, anger is growing among the people. Even before this, incidents of fighting have come to the fore in some cities. Now, about a month ago, hundreds of laborers have fled to their homes on foot from the iPhone factory in China where this violence took place. He did this to avoid lockdown and restrictions.