Good days of Maharashtra! 45900 crore investment in Davos WEF on the first day itself 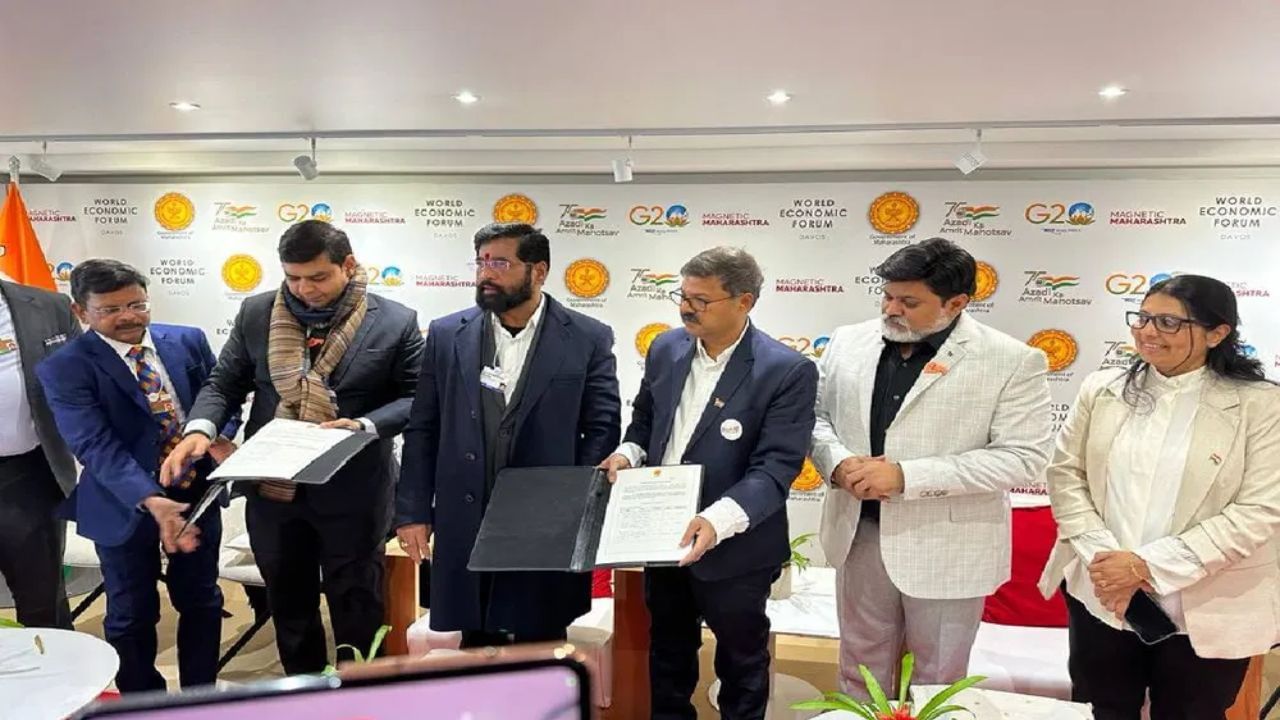 There is good news for Maharashtra from the World Economic Forum in Davos. Investment agreements worth 45 thousand 900 crores have been signed on the very first day. CM Eknath Shinde and Industries Minister Uday Samant have attended this conference.

Maharashtra Got 45900 Crores Investment In Davos

Mumbai: It is a very auspicious time for Maharashtra. of Switzerland World Economic Forum in Davos Maharashtra on the eve of 45 thousand 900 crore investment agreement have achieved. State Industries Minister Uday Samant has given this information. Chief Minister Eknath Shinde With whom he has arrived to attend the International Economic Summit in Davos. MoUs have been signed with 5 companies in the presence of the Chief Minister and Industries Minister. Soon these companies will start their business in Maharashtra. This is a very positive beginning in the direction of increasing the employment of the youth of the state.

Giving this information, Industries Minister Uday Samant said, ‘Chief Minister Eknath Shinde has arrived in Davos to attend the ‘World Economic Forum’. He inaugurated the Maharashtra Pavilion at the Davos conference. Here the state’s progress and investor-friendly environment are visible effectively. MoUs are being signed with many important industries.

45900 crore investment agreement made with these companies

Will talk when investment comes to Maharashtra – Sanjay Raut

Giving his reaction to this news in a conversation with the media today, Shiv Sena’s Thackeray faction leader Sanjay Raut said today that if an investment of 45 thousand 900 crores has been made, it has really happened, then it is a good thing. But when these investments come to Maharashtra, when people start getting employment, then we will talk. For the time being, let’s talk about the fact that projects like Foxconn and Tata Airbus worth two and a half lakh crores of Maharashtra’s right have gone out of the state and along with it lakhs of jobs have been lost.