Germany’s foreign minister got corona as soon as she reached Pakistan, canceled her trip to Greece and Turkey; Said this on Kashmir issue 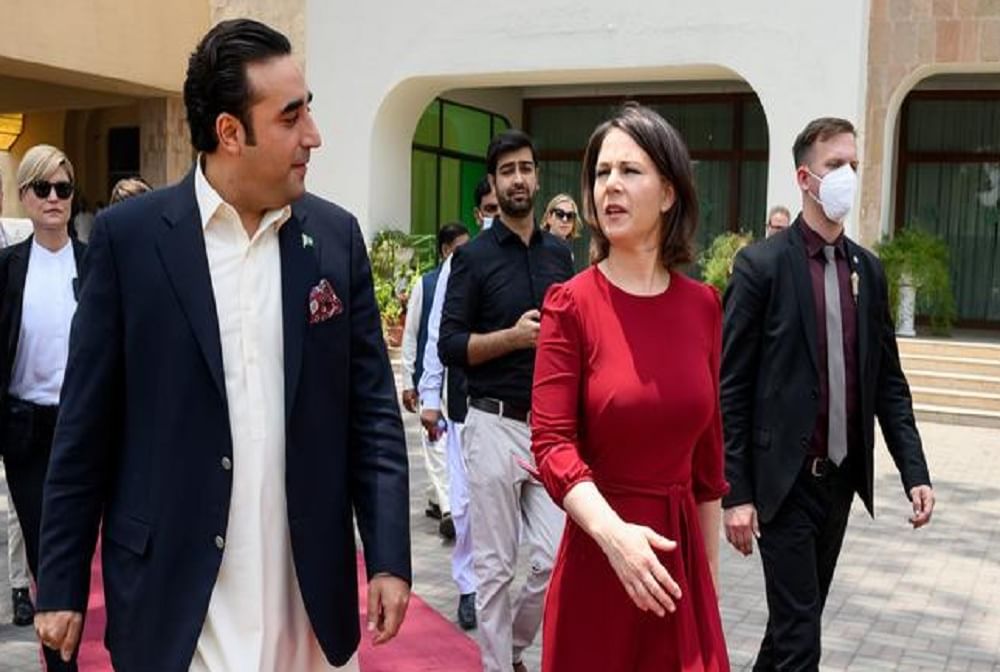 German Foreign Minister Berbock said during a joint press conference with Bilawal Bhutto Zardari that a constructive approach and confidence building measures between Pakistan and India can play an important role in improving their relations and resolving the Kashmir issue.

German Foreign Minister Annalena Baierbock (German Foreign Minister Annalena Baerbock) on Tuesday Pakistan After being found infected with COVID-19, he postponed his foreign travel to three countries. Bearbock, who arrived on Tuesday on her two-day maiden visit to Pakistan, met her counterpart Bilawal Bhutto Zardari in Islamabad. On examination soon after, she was found infected with the corona virus. At lunchtime, Baerbock found that he could not taste the food. The ministry said that he had got an antigen test done in the morning, which came back negative. Baierbock was to travel to Greece and Turkey. The ministry said that all his further engagements have been cancelled.

Said this on Kashmir issue

Berbock said during a joint press conference with his Pakistani counterpart Bilawal Bhutto Zardari during his first official visit to Pakistan that a constructive approach and confidence building measures between Pakistan and India would play an important role in improving their relations and resolving the Kashmir issue. can. Responding to a question, the German Foreign Minister said that she supports the resolution of the Kashmir issue in accordance with UN resolutions. Berbock welcomed the move to agree a ceasefire along the Line of Control in 2021 and stressed the need to de-escalate tensions from both sides. Bilawal said that peace in South Asia “depends on peaceful resolution of the Kashmir issue”.


Bilawal said this about the remarks on Prophet Mohammad

According to the report of the official news agency APP, the Pakistani foreign minister called on the international community to take immediate cognizance of the increasing cases of atrocities and Islamophobia allegedly against minorities in India. Referring to the recent controversial remarks made by BJP leaders on Prophet Mohammad, Bilawal said such “derogatory and reprehensible statements have hurt the sentiments of Muslims across the world”. Let us tell you that India has repeatedly told Pakistan that Jammu and Kashmir was, is and always will be an integral part of it. India has also advised Pakistan to accept the reality and stop the anti-India propaganda. (input from language)