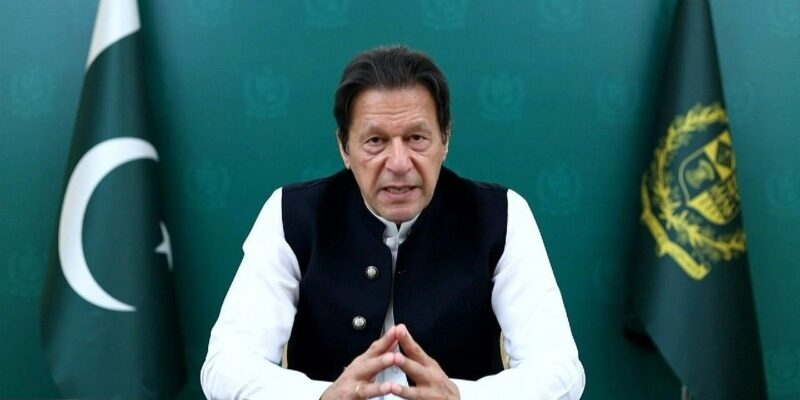 A former US National Security Adviser (NSA) has said that Pakistan Prime Minister Imran Khan was criticized for his remarks made after the Taliban’s occupation of Afghanistan in August. should be held responsible. At the same time, he said that the Pakistani leadership should be internationally isolated for supporting other jihadi terrorists, including organizations such as the Haqqani Network, the Taliban and Lashkar-e-Taiba.

General (retd) HR McMaster, who was the NSA during the Trump administration, testified before the powerful Congressional Committee on Afghanistan, said that it is a fallacy to think that the Taliban or anyone going through the Taliban for humanitarian purposes. The money will be used immediately by the Taliban to consolidate their power and become an even bigger threat. “So, we are in a situation where we are really facing an extraordinary dilemma that it is going to be very difficult for us to reduce the humanitarian crisis without empowering the Taliban,” he said in response to a question.

During the Trump administration, aid to Pakistan was banned

McMaster said, ‘I don’t think we should give any aid to Pakistan at all. I think Pakistan has taken advantage in every way for a very long time. I think Pakistan should be confronted with its behavior over the years which actually justifies such a move on a large scale. During the Donald Trump administration, the US had stopped all security aid to Pakistan. The Joe Biden administration of America has not yet resumed security cooperation.

The former NSA said, ‘I think we should hold Imran Khan responsible for his comments on Taliban occupation of Kabul and he said that the Afghan people have been freed. Why should we send a penny to Pakistan in any case? I think they should face international isolation because of their support for other jihadist terrorists including organizations like Haqqani Network, Taliban and Lashkar-e-Taiba who are a threat to humanity. Pakistan-based Lashkar-e-Taiba, Jaish-e-Mohammed and Haqqani network have been declared a global terrorist organization by the United Nations.

Gujarat: Home Minister Amit Shah will go on a one-day tour of Gujarat, this is the complete program including going to his native city Mansa