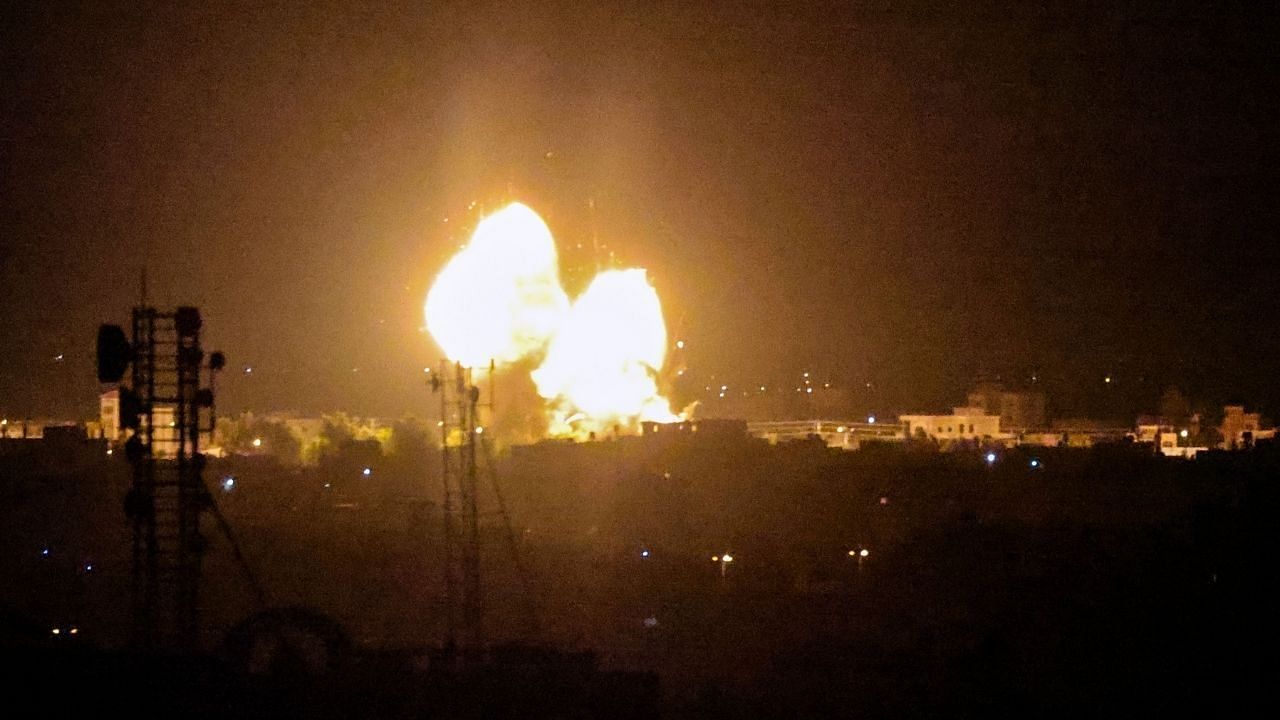 Israel Hamas War: Tension with Hamas has increased once again since the escape of six prisoners from Israel’s prison. Attacks are being made on each other from both the sides.

Israel Hits Hamas Sites in Gaza: The fighting between Hamas and Israel has been going on for three consecutive nights. There are attacks on each other from both sides. On Monday, Israeli fighter jets attacked several of its targets in the Gaza Strip in response to a series of rockets fired from Hamas-ruled areas (Hamas Attacks on Israel). Tensions have escalated since the escape of six Palestinian prisoners from an Israeli prison last week. Fire balloons were thrown at Israel from Gaza to celebrate the escape of the prisoners. After this Israel attacked Gaza last week as well.

According to the Israeli military, Hamas carried out three separate rocket attacks on Sunday and Monday, of which at least two were foiled. The army said that in response to this, Israel has targeted Hamas positions. No casualties have been reported from either side (Israel Hamas War). Israel’s Foreign Minister Jair Lapid said a day earlier that a new method should be adopted to end the war with Hamas. Lapid revealed an international plan to invest in Gaza, which could in turn pressure Hamas to halt its military program.

“So far, Israel’s policy has not changed the situation to a great extent,” Lapid said in a speech at Reichman University, north of Tel Aviv. We have to adopt some new method. He said that this proposal has been prepared after talks with America and other countries (Fight Between Israel Hamas). He said that it was introduced earlier but could not be implemented due to the circumstances of war, lack of trust and internal divisions between the two sides. Israeli Prime Minister Naftali Bennett has not commented on the proposal.

Things are not being made between Israel and Hamas

In May, in the wake of the 11-day war, Egypt had offered to mediate for a long-term peace. Efforts are being made to bring both the parties to an agreement. Hamas demands that Israel lift the economic blockade on Gaza. While Israel wants Hamas to release two of its civilians and return the remains of two dead soldiers (Israel Hamas Issues). They are also discussing whether to allow Qatar’s welfare payments to Gaza families. Israel does not want Hamas to use the funds for military purposes and also guarantees it.

MS Dhoni misses Ravindra Jadeja a lot in Team India, said – we are with us for 12 years

Now there will be bumper yield of wheat even in less manure, scientists have invented new technology, pollution will also be less