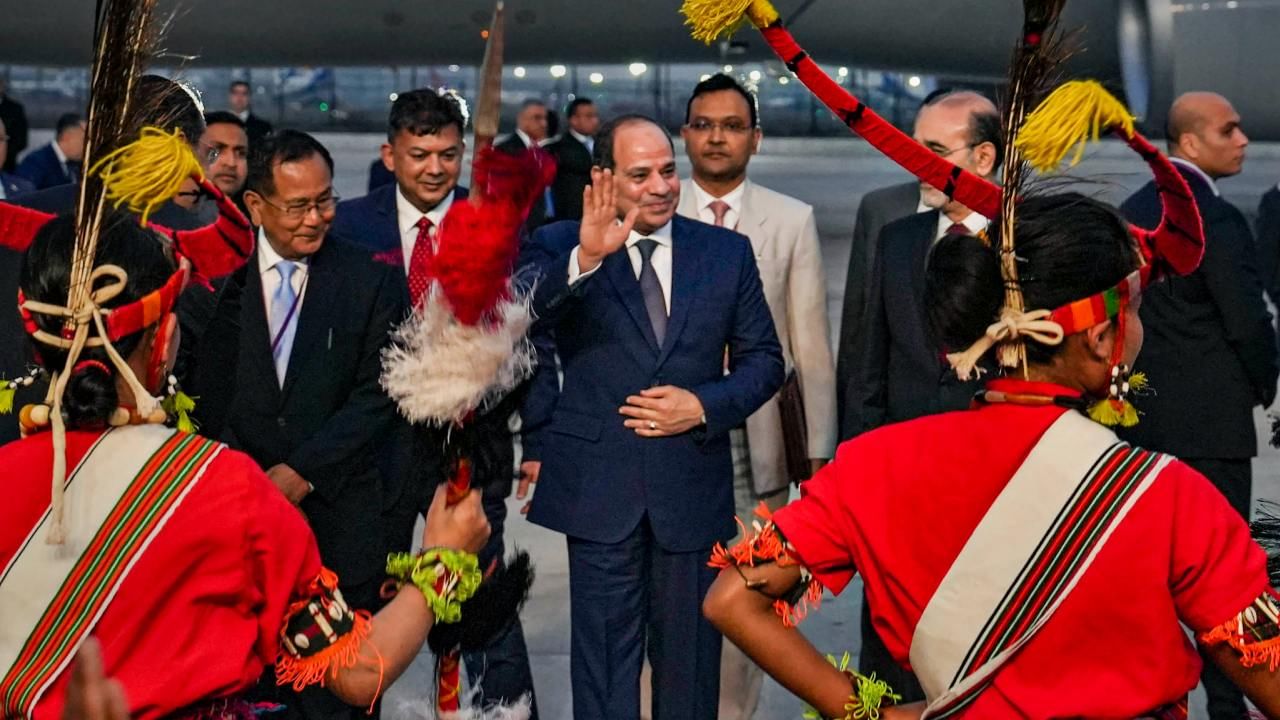 Egyptian President Abdul Fattah el-Sisi Reached New Delhi on Tuesday on his three-day state visit. President Sisi (68) and Prime Minister Narendra Modi There will be a meeting between today on Wednesday. This is the first meeting between the two top leaders since 2017. Both the leaders will also discuss many important topics. during their visit Cyber ​​securityMajor emphasis will be on deepening bilateral relations in several areas including agriculture, digital sector and trade.

President Sisi arrived in New Delhi on Tuesday and was received by Minister of State (External Affairs) Rajkumar Ranjan Singh. Prime Minister Narendra Modi tweeted on this yesterday and said, “President Abdel Fattah al-Sisi is warmly welcomed in India. Your historic visit to India as the chief guest of our Republic Day celebrations is a matter of great happiness for all Indians. We look forward to tomorrow’s discussion.”

There can be an agreement on 6 important agreements

Sisi will be the first Egyptian president to be the chief guest at the Republic Day celebrations on January 26, a day after his meeting with the country’s top political leadership Prime Minister Modi and President Draupadi Murmu. It is believed that during this visit, at least six agreements are being finalized by the diplomats of both the sides.

Prime Minister Narendra Modi and Sisi will discuss many topics during their meeting on Wednesday. After the talks, half a dozen agreements are expected to be signed between the two countries to enhance relations in several fields. Officials aware of the matter gave this information.

A contingent of the Egyptian army will also be involved.

Sisi will grace the Republic Day celebrations on 26 January. A high level delegation is also accompanying him. The President of Egypt visited India in October 2015 to attend the 3rd India-Africa Forum Summit, followed by a state visit in September 2016.

This is the first time that the President of Egypt has been invited as the chief guest at the Republic Day celebrations. A contingent of the Egyptian army will also take part in the Republic Day parade. Sisi will be accorded a traditional welcome at Rashtrapati Bhavan on Wednesday before talks with Modi. External Affairs Minister S Jaishankar will also meet President Sisi.