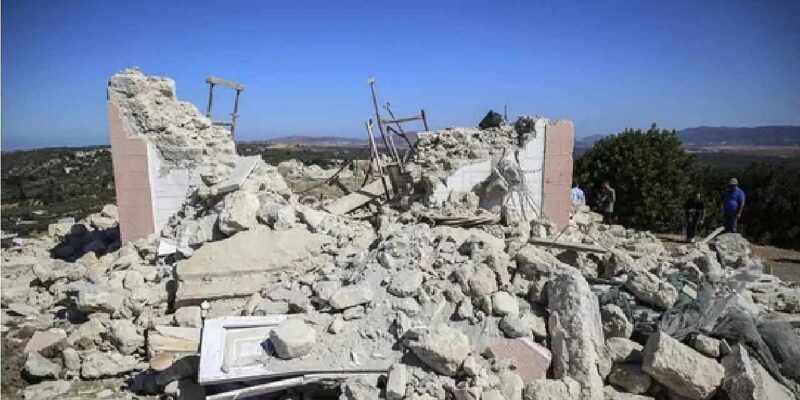 A powerful earthquake struck once again on Tuesday in the island of Crete, Greece. This earthquake shock has come in less than a month. There is no immediate report of any damage. The Athens Geodynamic Institute said the quake had a magnitude of 6.3 and its epicenter was centered in the sea, about 23 km east of Zakros Village in eastern Crete. Significantly, three weeks ago there was a powerful earthquake, in which one person was killed on the island and hundreds of buildings were damaged.

According to the European Mediterranean Seismological Center, the quake was at a depth of two km. A police officer said that the fire brigade did not immediately get any call for help. A Greek seismologist said Tuesday’s quake was caused by another fault. No injuries or damages have been reported so far due to this powerful earthquake that hit the island. At the same time, it has been told that after feeling the tremors of the earthquake, people evacuated the houses as a precaution and came out.

A 5.8 magnitude earthquake hit the island in late September

Earlier, on September 27, another powerful earthquake hit the island of Crete in southern Greece. The magnitude of this earthquake was 5.8. Because of this people had to leave their homes and run away. The Athens Geodynamic Institute reported that the epicenter of the quake was located 23 km northwest of Arvi, with a depth of 10 km.

The mayor of Arkalohori village told Sky TV that two churches and other buildings in the village were damaged and two people were trapped. One of the trapped people got trapped under the dome and the other was trapped in a house during maintenance work in the church. Strong earthquake tremors have been felt in Greece in the past.

These are the 7 best beaches of North Goa, if you are planning to visit, then definitely go here

Fabulous! Hero Electric Scooter can be brought home for free, here’s how