Earthquake in Afghanistan: Hundreds of people buried alive in rubble, efforts continue to dig out soil with their hands 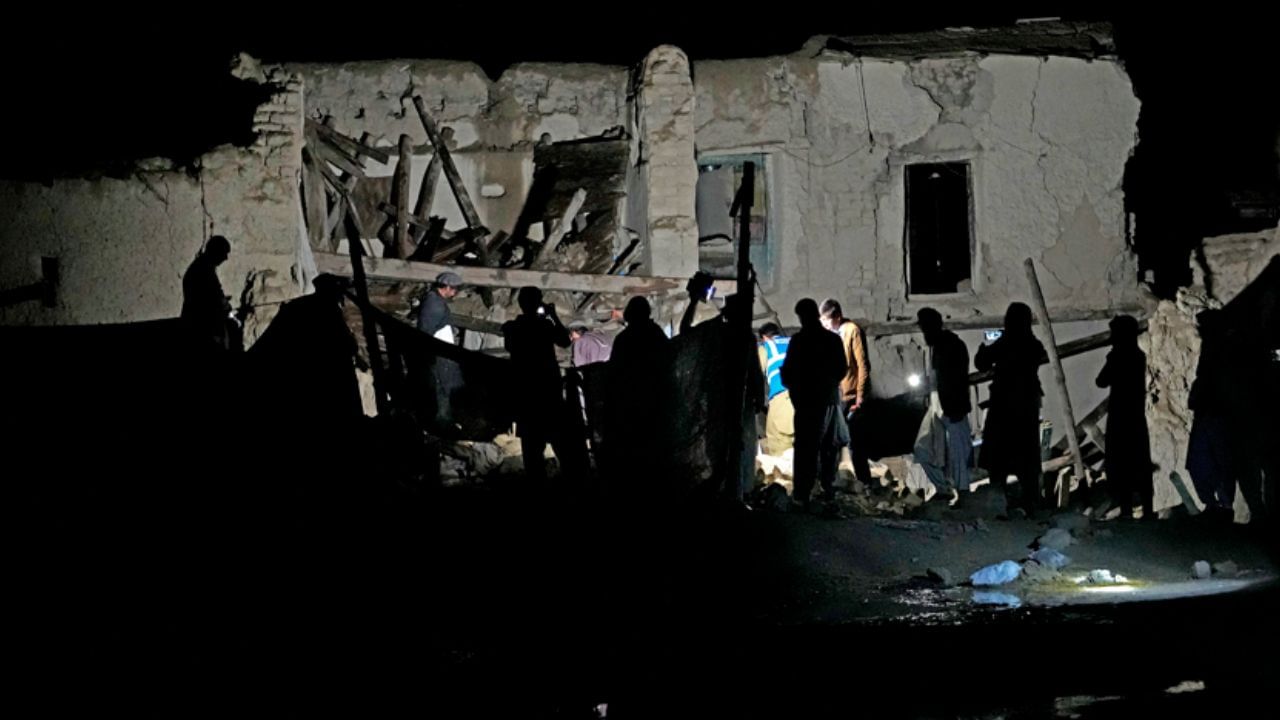 The earthquake in Afghanistan in the early hours of Thursday (Afghanistan Earthquake) caused so much devastation that till now this country is moaning. For the people of Afghanistan who are already scorched in the fire of Taliban, this new calamity has come in such a way, whose effect is going to last for a long time. The most devastating earthquake of two decades in the country (Paktika Province Earthquake) has come. In which 1000 people have died so far and more than 1500 people have been injured. The earthquake was so strong that the houses collapsed like a pack of cards. A large number of people were buried under the rubble, which are being pulled out by digging the soil with their hands.

People’s homes have been turned into mud due to the earthquake in Gyan district of Paktika province of Afghanistan. Officials say the death toll is likely to rise. The magnitude of the earthquake has been reported as 6 on the Richter scale. The earthquake came at a time when international agencies had left the country after the Taliban came to power last year. Due to which now there will be problems in relief and rescue work. Apart from this, people are also facing poverty and hunger due to cash crunch and economic crisis in the country. Helicopters are being used to rescue people, but the rescue operation is no less than a challenge for the Taliban.

The effect of the powerful earthquake in Afghanistan has also been seen in Pakistan. At least 30 tribal people have died here, who were displaced during a military operation in 2014 and fled across the border to neighboring countries. According to the news published in Pakistani media on Thursday, the Pakistani nationals who lost their lives in the earthquake belonged to the Madakhel clan of North Waziristan. According to the news of Dawn newspaper, the bodies of 30 tribal people of Pakistan will be transported to their native place, for which Pakistani authorities have temporarily opened the Pak-Afghan border in Alwar Mandi.

It has been told in the news that arrangements have also been made at Ghulam Khan border to take the injured. According to military sources present in Miranshah, the injured will be airlifted to special medical camps being set up in the area. The news quoted officials as saying that along with bringing the dead bodies and helping the injured, ration is also being provided to the earthquake-affected people. According to the news, a check post in Datakhel in North Waziristan also collapsed due to the earthquake, killing one soldier and injuring at least two others. At the same time, a local football player has died after the roof of a house collapsed in Peju area of ​​Lakki Marwat district.


According to Mohammad Ali Saif, spokesman for the government of Khyber-Pakhtunkhwa province, beds have been reserved in hospitals in North and South Waziristan for the treatment of the injured. It has also been told in the news that under the special instruction of Pakistan Prime Minister Shahbaz Sharif, the authorities have sent relief material for the earthquake victims in Afghanistan. Radio Pakistan reported that a consignment of tents, tarpaulins, blankets and essential medicines had been sent to Kabul through eight trucks. It has been said in the news that Pakistan has assured to provide all possible help to Afghanistan.