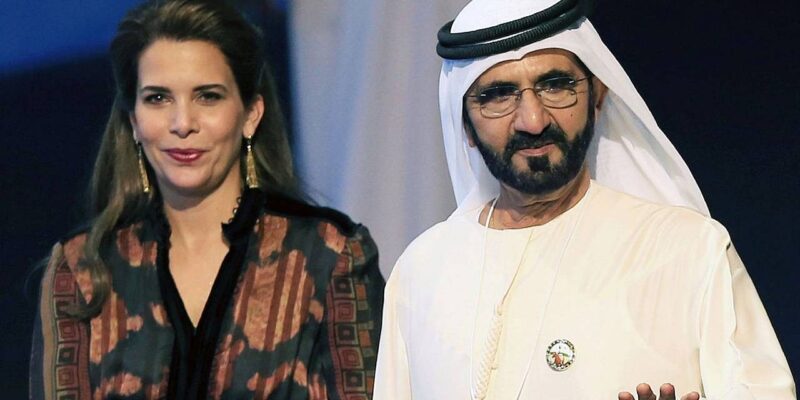 A case has been registered against Sheikh Mohammed in London on behalf of Haya bint Hussain.

New revelations are being made one after the other regarding the ruler of Dubai, Sheikh Mohammed bin Rashid Al Maktoum. It has been told by the London High Court that Maktoum had tried to buy a house close to his house with the aim of intimidating his ex-wife Haya bint Hussain.

British Judge Andrew MacFarlane, giving the verdict, said that Sheikh Mohamed negotiated for several weeks to buy a 30 million pound or $ 41 million house in Parkwood Estate in London. But when he did not take any decision on the deal for a long time, his team decided to back out from the deal. It has been said on behalf of Judge Andrew that Sheikh Mohammed wanted to intimidate his wife and was deliberately behind this deal.

This entire issue has been raised in front of the High Court of London on behalf of Princess Haya bint Al Hussein of Jordan, ex-wife of Sheikh Mohammed. Judge Andrew is the President of the Family Division of England and Wales. He had earlier said that Sheikh Mohammed had run a mission to intimidate his wife Haya.

Haya had come to England in the year 2019 and had also brought children with her. The judge says that Princess Haya feels that Sheikh Mohammed’s move to buy the house was to intimidate her and she is quite right in her reasoning.

Judge Andrew said, ‘There can be no doubt that Sheikh Mohammed was deliberately behaving in such a way that he was constantly negotiating the purchase of the property and keeping all the information to himself.’ On Wednesday, Judge Andrew has given a verdict in this entire matter. Haya had told the court that she feared that Sheikh Mohammed had hacked her phone and that the phones of her lawyers were also hacked. The purpose of this hacking was to kidnap their children and take the children away from them.

Haya reached London in the year 2019

Sheikh Mohammed has refused to accept all these allegations. Bloomberg has quoted him as saying that this case has put the security of the country in danger and there is no time for him to give any evidence on this case right now. Princess Haya has also refused to comment on this matter. In the year 2019, it was reported that his wife Princess Haya bint Al Hussein had fled from the United Arab Emirates (UAE) leaving her husband.

It was said that Princess Haya had also taken US $ 56 million with her two children. Princess Haya is the sixth wife of Sheikh Mohammed bin Rashid Al-Maktoum. British media reports at that time said that she had gone to Germany with her 7-year-old son Zayed and 11-year-old daughter Al Jalila. Here he had requested for political asylum.

Princess Haya was helped by a German diplomat to get out of Dubai. Princess Haya is the half-sister of King Abdullah of Jordan. It is being told that he has sought a divorce from the ruler of Dubai, Sheikh Mohammed Bill Rashid Al-Maktoum. Princess Haya, who studied at Oxford, has not appeared in public after 20 May 2019.

Also read- Dubai Sultan Sheikh Mohammed hacked the phone calls of his ex-wife Princess Haya, how the secret was revealed

Garuda Purana: These habits can create trouble in the family even while playing

The company’s co-founder teased the 50MP OnePlus 9RT launch, the name was confirmed before the official announcement