Donald Trump gave a ‘controversial statement’ about Haiti refugees, said- ‘Many of these people have AIDS’ 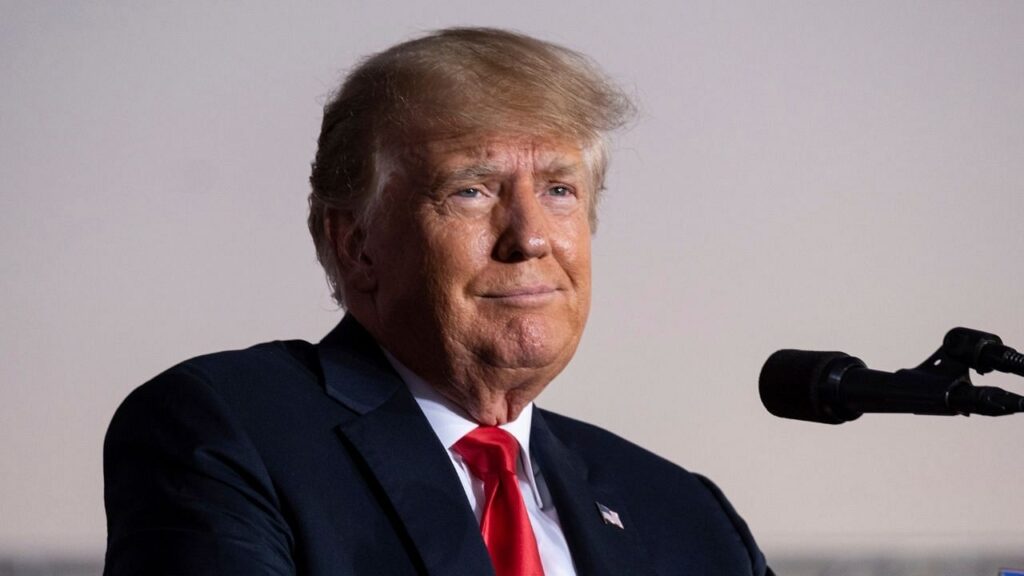 Former US President Donald Trump has made an aggressive statement against Haitian immigrants seeking to enter the US. He has said that hundreds and thousands of Haiti migrants are coming to America and many of them have AIDS. Trump also made derogatory remarks towards Haiti during his tenure as president. Speaking to Fox News host Sean Hannity, former President Trump said that allowing Haiti immigrants to come to the US is like asking for a death wish for the country.

Donald Trump was referring to the thousands of Haiti migrants and refugees seeking asylum at the US-Mexico border in Del Rio, Texas. Indeed, after two deadly earthquakes in Haiti and the assassination of Haiti’s President Jovenel Mose in July, many citizens have fled the country. During a conversation with Fox News, Trump repeatedly claimed that Haitian migrants trying to enter the US were infected with AIDS. He said, ‘Haiti has a massive AIDS problem. AIDS is a step forward, AIDS is a real bad problem.’

AIDS cases are decreasing in Haiti

The former President said, ‘Hundreds of thousands of people are coming to our country. If you look at the statistics and look at the numbers, you will know what is happening in Haiti. AIDS is a tremendous problem. Contrary to Trump’s claims, United Nations figures show a different picture. According to the United Nations, the prevalence of HIV among adults aged 15 to 49 is about 1.9 per cent, higher than the global rate of 0.7 per cent. Reports say that Haiti’s HIV prevalence rate has decreased significantly in recent decades. In the 1980s, Haiti was accused of spreading AIDS in America through its citizens.

Trump has already given controversial statements

Donald Trump has made similar claims before. According to the New York Times report, in 2017 Trump reportedly told a White House meeting that 15,000 Haitian immigrants who obtained US visas have AIDS. However, the White House denied that Trump used those words. After this, in 2018, Trump used a very offensive word about immigrants. This time, the White House did not deny that Trump did not use these words. Trump later tweeted that he had used harsh language in the meeting.

Also read: China US Relations: White House said on the deteriorating relationship between China and America – US hopes to compete in a responsible manner