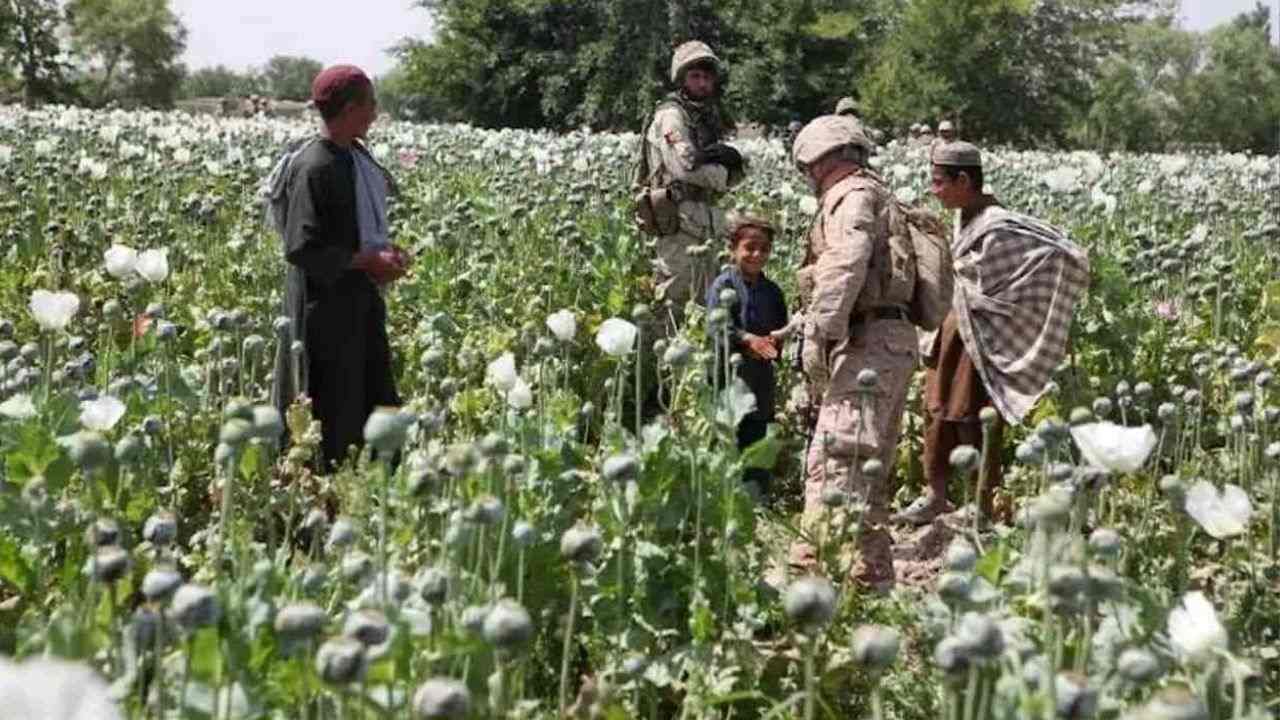 Taliban Drugs Business: Afghanistan comes first in the world in terms of opium cultivation. In these 20 years, the Taliban has made huge money from its illegal trade, but this time it can end its business.

Poppy Cultivation in Afghanistan Taliban: Since the formation of the Taliban government in Afghanistan, concerns are being expressed once again about the increase in opium trade here. America too failed to end this trade after all the efforts in the last 20 years. Airstrikes were carried out on the drug labs, so that another crop could be encouraged. Efforts were also made to rein in the local poppy cultivators. According to the report of the US Special Inspector General for Afghanistan (SIGAR), the US spent at least $ 8.6 billion to rein in the opium trade.

Opium cultivation in the country has increased manifold in the last two decades. According to data shared by the UN Office on Drugs and Crime (UNODC), the area under opium cultivation has increased from 8,000 hectares in 2001 to 224,000 hectares in 2020 (Poppy Cultivation in Afghanistan). The gum extracted from opium is converted into heroin, despite it being illegal, it is in high demand in Central Asia, Europe and the United States. With the Taliban now back in power, Afghanistan could become the world’s number one country in the drug trade.

It depends on a number of factors, including the country’s economic condition, its continued dependence on the opium trade, the will of the Taliban and pressure from the international community (Taliban Business Update). The opium economy has flourished here, with record opium production in three of the last four years. According to the UNODC report, the growth of opium in the year 2020 has increased by more than 37 percent compared to the previous year amid the COVID-19 epidemic. According to the report, in 2019, cultivation was done on 163,000 hectares of land and last year this figure has increased to 224,000 hectares.

80 percent of the supply comes from here

According to UNODC, it is estimated that the opium economy in Afghanistan is $1.2 billion to $2.1 billion annually. Which is 6-11 percent of the total GDP of the country. The UN agency estimates that 80 percent of the global opium and heroin supply comes from Afghanistan (How Taliban Earn Money). In its 2010 survey, UNODC found that this country has become the ‘world’s largest producer of cannabis’.

According to a November 2020 report by the European Monitoring Center for Drugs and Drug Addiction (EMCDDA), in recent years, there has been a boom in the production of crystal meth, made using the indigenous herb ephedra. Intoxicants are considered ‘haram’ in Islam. But still Taliban, who claims to fight in the name of religion, earns a lot of money by doing business of this. In this long war with America, the Taliban earned a large part of the money by smuggling drugs. A SIGAR report released in May 2021 quoted a US official as saying that 60 percent of the Taliban’s annual earnings come from illegal drug trade.

Ban was imposed in the previous regime

The Taliban in their previous regime in 1996-2001 announced the end of opium cultivation on religious grounds in 1997 due to international pressure. But still it continued to be produced on a large scale. But this time whether he will do so or not, it depends on the stakeholders (Taliban Drugs Business). China has already accepted the Taliban government in Afghanistan. But the cultivation of opium in Afghanistan has caused huge losses to both Central Asia and Russia. Experts say that if the majority of stakeholders want the Taliban to ban opium, then it can do so.

Food processing project started in Morena, Madhya Pradesh, farmers will benefit and youth will get employment

5 places you should never forget when applying sunscreen