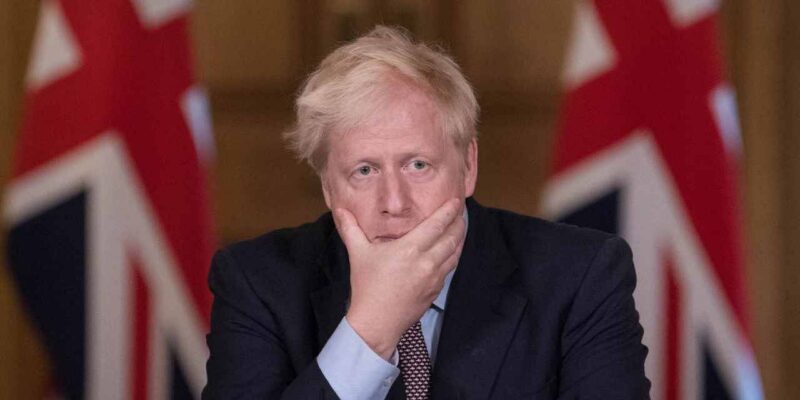 The report has brought to the fore the careless attitude of Prime Minister Boris Johnson and his government.

Britain’s Boris Johnson government delayed the lockdown when the Covid-19 pandemic began. Because of this, success in preventing the spread of infection was delayed and as a result, thousands of people died.

In the parliamentary report on Tuesday, the careless attitude of Prime Minister Boris Johnson and his government has been brought to the fore. The report said that Johnson’s ministers kept delaying the implementation of the proposals of scientific advisers. As a result, the epidemic kept on spreading. The strategies which were adopted in East and North-East Asia were also refused to accept them.

This report is the result of an investigation jointly conducted by the Committees on Science and Health of the House of Commons of the UK Parliament. It clearly states that by not imposing the lockdown in the beginning, an opportunity to stop the epidemic was lost. According to the report, the ministers should not raise questions on the suggestions of the scientific advisors due to the dangerous delay.

This led to the development of a dangerous level of ‘collective thinking’. Prime Minister Boris Johnson’s Conservative government ordered the lockdown after the country’s National Health Service was under tremendous pressure due to rapidly increasing infection cases.

The report said that the government was trying to avoid the lockdown as it would have caused a lot of damage to the economy, general health services and society. In the absence of measures like strict isolation, a meaningful check and trace operation and strong restrictions on borders, a complete lockdown was inevitable and should have been implemented more quickly.

The report comes at a time when there is an atmosphere of despair over the delay in a formal inquiry into the government’s efforts to tackle the pandemic. Prime Minister Johnson has said the investigation will begin next year.

Lawmakers say the investigation process has been designed to reveal why Britain’s performance in the early days of the pandemic was ‘very poor’ compared to other countries. This will help the country to deal with the current and future threats of COVID-19.

The report of the Parliamentary Committee is of 150 pages and is based on the statements of 50 witnesses. These include former Health Minister Matt Hancock and former Prime Minister’s adviser Dominic Cummings. It was unanimously approved by 22 MPs from the three largest parties in Parliament.

These parties included the ruling Conservative Party, the opposition Labor Party and the Scottish National Party of Scotland. Parliamentary committees also praised the government’s initial focus on vaccines and the decision to invest in vaccine development.

These decisions made Britain’s vaccination program a great success, and today about 80 percent of people over the age of 12 have been vaccinated. The committees have said that the UK has taken a leading role in the global immunization campaign, which will ultimately save millions of lives.

The report said that the government’s strategy in the first three months of the epidemic was the result of formal scientific advice, which said that since the capacity to test is limited, the infection will spread widely.

Apart from this, according to the report, it was said that there is no immediate possibility of a vaccine. It was also assumed that the public would not accept a longer lockdown. The result of this was that instead of completely stopping the spread of the virus, the government was only able to make arrangements for its management.

Also read- How long will China hide the truth of ‘Corona Origin’! WHO scientists prevented from going to the cave of bats

IPL 2021: David Warner exposed the behavior of SRH, said- never gave reason, it is like a bitter pill