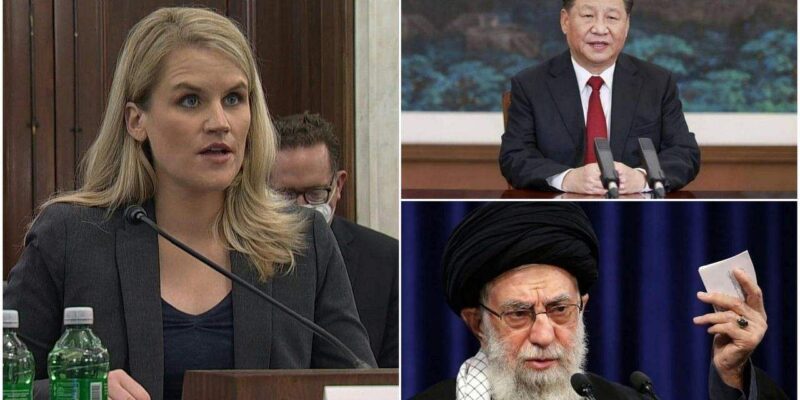 Facebook Whistleblower Allegations: Former Facebook employee and whistleblower Frances Haugen is constantly making big disclosures about the company. Now he has said in the US Congress that China and Iran use Facebook to gather information related to enemies (Spying on Social Media). But Facebook lacks a team working against espionage, a major threat to America’s security. Haugen, who leaked Facebook’s secret internal documents, had earlier said that the platform is having a negative impact on people’s mental health.

Frances Haugen, 37, said that Iran and China monitor their enemies through Facebook. Haugen is a data engineer. He left the job in the month of May. Then leaked the documents to the Wall Street Journal. They know about how governments use this social media platform. Facebook is banned in both China and Iran (Facebook Whistleblower Background). But Haugen told a subcommittee of the Senate Commerce Committee working on consumer protection, product safety and data security that the Chinese government used Facebook to monitor Uighur Muslims.

Haugen said, ‘My team has worked to monitor China in order to monitor the Uighur population in places around the world. You can actually see Chinese people doing this kind of activity (Iran China Spying Through Facebook). We have also come to know that the government of Iran is spying on actors from other countries, this is definitely happening. I believe Facebook’s understanding of espionage, information handling and lack of counter-terrorism teams is a national security issue.

Facebook said in July that it had closed 200 such accounts, which were being used by hackers in Iran. This was done as part of a cyber-espionage campaign. In this, most American military personnel and people working in defense and aerospace companies were being spied (Facebook Whistleblower Frances). Haugen continued, “Facebook knows very well that the platform is being used in this way and I believe that Congress may not have received reports of how many people are working on these things internally, This is unacceptable because you have a right to keep the American people safe.

Also read- US Deputy Secretary of State said on Afghanistan – ‘One thinking, one approach’ of India and America also spoke on China

Also read- Ukraine released the names of the murdered Nazi soldiers, 80 years ago the horrific massacre, 34,000 people were killed in 48 hours

The people of Australia will eat jackfruit and passion fruit from Kerala, Apeda dispatched the first consignment