Bangladesh will no longer be a Muslim country? The 1972 constitution will be implemented again! Amidst attacks on Hindus, the minister made a big statement 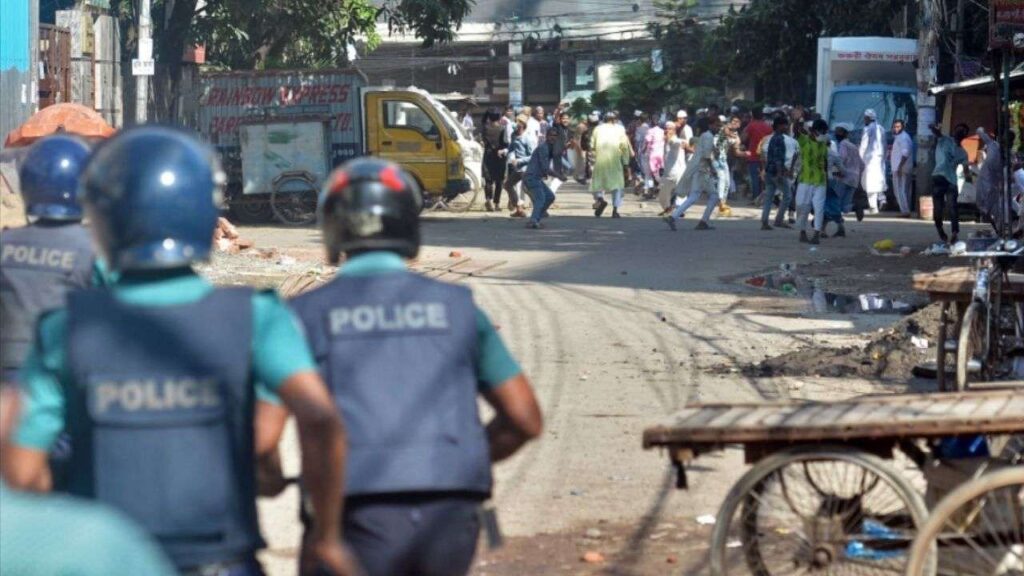 Attacks on Hindus in Bangladesh

Anti-Hindu Riot in Bangladesh: The attacks on the Hindu community in Bangladesh have intensified once again. Last week the Durga Puja pandal was attacked, followed by the vandalism of houses and shops of Hindus. There have also been reports of arson from many places. In the midst of this turbulent atmosphere, the Minister of State for Information, Murad Hassan has given a big statement. He has said that Bangladesh is a secular country, which will go back to the 1972 constitution framed by the Father of the Nation, Bangabandhu Sheikh Mujibur Rahman. He said that Bangladesh cannot become a haven for religious fundamentalists.

Murad Hassan said, ‘The blood of freedom fighters is flowing in our veins. At any cost, we have to go back to the Constitution of ’72’. I will speak in Parliament to return to the Constitution of Bangabandhu. Even if no one speaks, Murad will speak in Parliament. The Minister of State for Information said these things at the Institution of Engineers Bangladesh (IEB) on the occasion of the 57th birth anniversary of Sheikh Russell, the youngest son of Bangabandhu Sheikh Mujibur Rahman. During this, he went so far as to say that the religion of Bangladesh is not Islam.

‘Islam is not the religion of the country’

The minister said, ‘I don’t think Islam is the religion of our country. We will again go back to the 1972 Constitution. We will get this bill implemented in the Parliament under the leadership of Prime Minister Sheikh Hasina (Bangladesh 1972 Constitution). We will soon return to the secular constitution of 1972, brought after independence by the founder of Bangladesh, Bangabandhu Sheikh Mujibur Rahman. It is a non-sectarian Bangladesh. Bangladesh is a secular country. Here everyone will follow their faith.

The country’s Minister of State for Information further criticized former military rulers Hussain Mohammad Irshad and Ziaur Rahman for tampering with the constitution and setting the country’s national religion Islam. He also accused the opposition parties BNP-Jamaat of inciting violence and dividing the country in the name of religion (Violence in Bangladesh). Home Minister Asaduzzaman Khan has also given a similar statement on the ongoing violence in the country. He has also accused the opposition parties of inciting violence.

Also read- Amidst tension with India, China deployed more than 100 advanced rocket launchers on LAC, is it preparing for war?