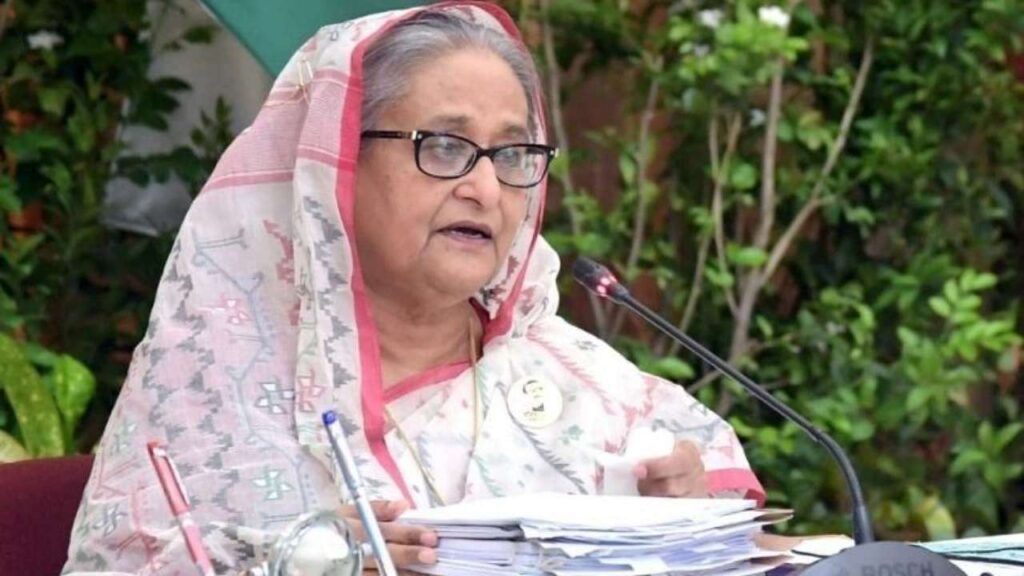 Bangladesh PM on Ongoing Violence: Bangladesh Prime Minister Sheikh Hasina on Tuesday directed the Home Minister to initiate immediate action against those who used religion to incite violence recently. Hasina has asked people not to believe anything on social media without checking the facts. The Ministry of External Affairs said in a statement that domestic elements opposing Bangladesh’s independence from Pakistan 50 years ago are still spewing venom to incite violence, spreading hate speech and hypocrisy.

Home Ministry asked to be alert

The Prime Minister, who attended the meeting through video conference from his official residence, has asked the people of the country not to believe anything on social media without checking the facts (Bangladesh Violence Today). He directed the Home Ministry to remain vigilant and take steps to prevent recurrence of such incidents. According to local media reports, six people from the Hindu community have been killed in separate attacks, but this figure could not be independently confirmed. The Home Minister said, ‘The Comilla incident is being investigated.’ He said that the Ministry of Home Affairs is working to bring the accused to justice.

Announcement of aid to victims

Hasina has announced to provide all possible help to the families of the victims. The statement of the Ministry of External Affairs underlined that the Government of Bangladesh condemns these incidents and takes serious note of the reaction from within and outside the Hindu community (Hindus in Bangladesh). The ministry said that the government had deployed paramilitary forces, taking prompt steps to assist the police and administration for the protection of Hindu religious places and statues. Police had arrested 450 suspects in different parts of the country and search is on to nab more suspects.

A police spokesman said, “A total of 71 cases have been registered and 450 people have been arrested so far.” The Foreign Office claimed in a statement that Bangladesh is perhaps the only country where large religious festivals of all religions are celebrated on public holidays. Meanwhile, the ruling Awami League party is holding cordial rallies and taking out peaceful processions across the country on Tuesday against the recent communal violence (Bangladesh Violence Latest Update). Awami League general secretary Obaidul Qadir said at a rally here, “Fear not, Hindu brothers and sisters. Sheikh Hasina and Awami League are with you.

Also read- Pakistan itself got trapped in its net, former Indian Navy officer exposed the lie, submarine was in the international arena