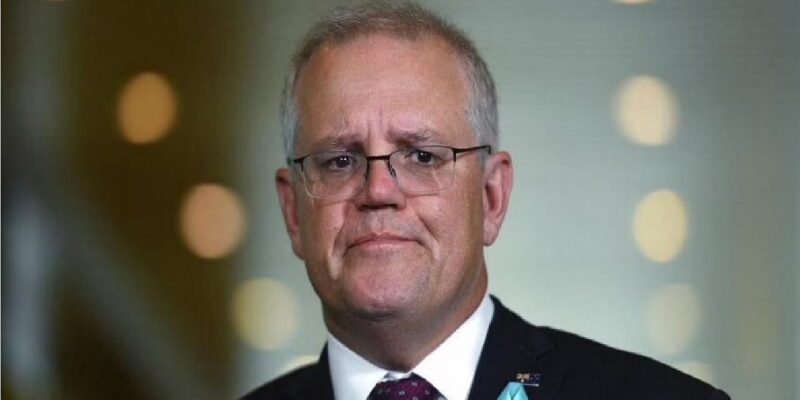 Australian PM Scott Morrison Slams Social Media: Australian Prime Minister Scott Morrison has fiercely reprimanded social media companies. He has said that these companies should stop their users from spreading poisonous material. If companies do not do this, then they should face the same law as publishers who publish any information (Toxic Content on Social Media). Morrison said, ‘Social media has become a place of cowards, where people can go without revealing their identity, ruin the lives of others, say very wrong and objectionable things to people and they are not even punished for it. ‘

Australian PM has targeted online trolling. Which has become very common in today’s era. During social media posts, people are also told objectionable things in the comment section (Social Media in Australia). “Online trolls and everyone who spreads toxic content on the Internet must ‘tell who they are’ because in a ‘free society, you can’t be a coward and attack people,’ and not be held accountable,” says Morrison. Can’t even expect to happen.’ After this, he took a dig at the companies.

Australian government will deal with them

Scott Morrison said, ‘You know, companies… if they don’t say who the people they are, it’s no longer a platform, but a publisher. And you know what that means in the context of those issues.’ Morrison promised the Australian government would work to curb online hate speech and tackle issues such as a ‘lack of accountability’ by companies (Australia Social Media Crackdown). His warning has come at a time when former Facebook employee and whistleblower Francis Haugen is making big disclosures about the company.

Haugen previously reported that Facebook has a negative impact on people’s mental health. After this he told that China and Iran use this platform to monitor their enemies. The company is aware of this but it lacks an anti-espionage team. This thing is a big threat to the country. Haugen has made these allegations in front of a committee of the US Congress (Spying on Facebook). She is the same blower who leaked internal Facebook documents to the Wall Street Journal. However, Facebook CEO Mark Zuckerberg has been denying such claims. He says the company “cares deeply about issues such as safety, wellness and mental health”.

Mumbai: On the occasion of Navratri, there was chaos at the airport amidst huge crowd, flight missed due to long lines.