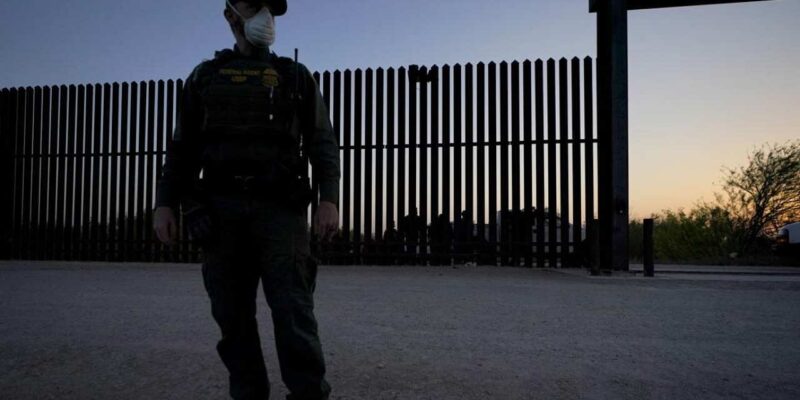 The US closed the border at the beginning of COVID-19.

America will open its land borders from next month i.e. November. America has decided that it will open its borders only to fully vaccinated people. With this new decision, America is going to re-open its border closed for international tourists for 19 months.

When the corona virus epidemic started in the year 2020, at that time the US banned essential travel, including trade, between Canada and Mexico. Now after the new rules, which were announced on Wednesday, US authorities will allow fully vaccinated people to enter the country.

People will be able to come from Canada and Mexico

After the new rules that have been announced, now anyone can go to America from Canada and Mexico for any reason. It is believed that soon America will also lift the ban on air travel. By mid-January 2021, every passenger, including truck drivers, will be required to take both doses of the vaccine to enter the US. US officials had an eye on the new policies on Tuesday. Now formally this announcement will be made by the officials in the coming time.

Both Mexico and Canada had pressured the US to lift the travel ban so that families could visit each other. Also, those who want to roam, they should not have any problem. This decision of the US is part of the step taken last month in which it was said that the ban on air travel from a particular country would be ended.

It was also said that vaccination will be mandatory for foreign nationals to come to America. Both the policies will be implemented from the month of November. Nothing has been told by the officials about any specific date.

Trump’s controversial law is applicable on the border

Under the new rules, citizens will be allowed to enter only legally. Those who attempt to enter the country illegally will be punished under Title 42 authority. This rule was brought by former President Donald Trump. It was also criticized a lot. According to an official, President Joe Biden’s administration has decided to pursue this rule because the risk of COVID-19 has increased significantly due to less facilities on the Border Patrol.

Officials have said that such passengers who will enter the US by their vehicle, rail or boat will have to tell the status of the vaccination. Their vaccination status will be tested under the US Customs and Border Protection admissions process. According to an official, passengers will have to provide proof of vaccination in the secondary screening process.

Also read- Is Vladimir Putin also in the grip of COVID-19, know what the President himself said on this