America made such a statement on Taiwan that China got angry, what does it mean after all? 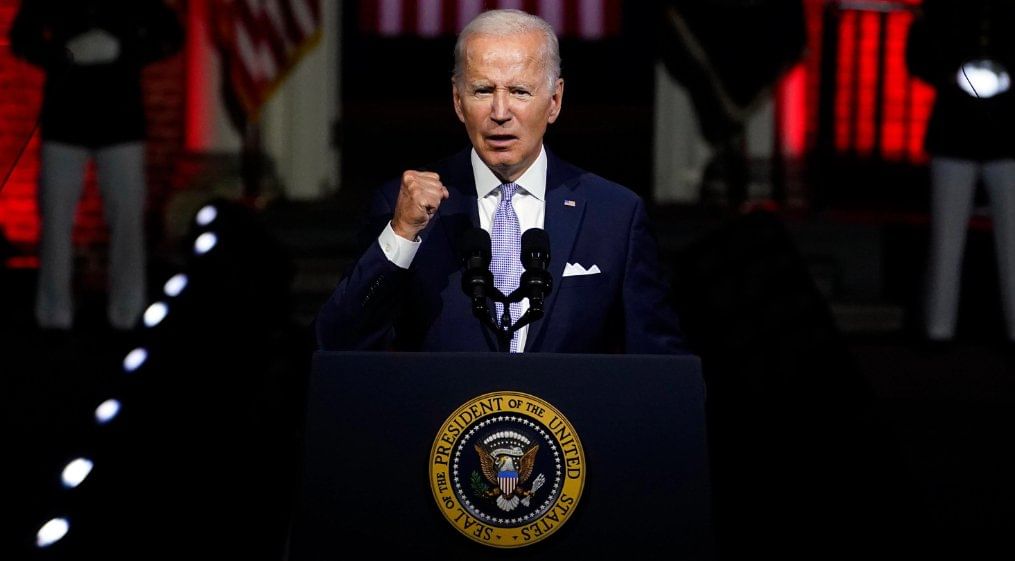 The face-off between America and China does not mean any direct enmity. At the root of the enmity is Taiwan. Which China is bent on swooping in at any cost. America does not want to lose the strong security wall like Taiwan. In such a situation, the recent statement of America has added fuel to the fire.

America of China Even if there is no direct conflict with him. But China and America often come face to face with regard to Taiwan. Now America has given such a statement on this issue, on hearing which China is furious. China does not understand whether it should “cool down” America first or else Taiwan Solve the “hot issue” of?

America Taiwan And between China, khichdi has been cooking for the last several decades. Which has neither been cooked nor burnt till now in about 50 years. Yes, wooden handi, but for the last 50 years, as it is, China has definitely mounted the tandoor in Taiwan. Actually the fight is not between America and China. China has taken the flag of the quarrel on its shoulders. A whole lot drowning in the syrup of absurd desires to seize Taiwan. Due to changing times and their own personal interests, but now a single Taiwan has become a golden egg laying hen for two countries i.e. America and China. Although China, which has been gasping for the last 50 years to capture Taiwan, has been crying and telling it its share.

US-China war of words over Taiwan

Whereas America has been fighting for the last 50 years in defense of the strong wall of Taiwan as its security wall. Taiwan, entangled in this multiplication of profit and loss, has stood aside. Now often verbal skirmishes over Taiwan start taking place between America and China. Recently, a ruckus statement by US President Joe Biden has added fuel to the fire. Due to which the trickster China is roaming around. Whereas Taiwan has changed its course with silence. Therefore, due to the changed move of Taiwan and the provocative statement of America, the flare up of clever China is justified. Because China never agrees to accept the biggest sorrow of anyone in front of its happiness.

US President in these worst conditions of fight Joe Biden The statement has left no stone unturned. Biden has said that if China tries to attack Taiwan, then we i.e. America will provide a strong security cover to Taiwan on our own. Well imagine that China, who has been keeping vulture eyes on Taiwan for many decades, can digest this absurdity of America? Because China has always been eager to join Taiwan within its limits. In the 60 Minutes program aired on CBS News, Biden was asked whether American forces, American men and women, would defend Taiwan if China were to attack Taiwan again. Biden answered “yes” to this. Just this outspoken statement of Biden has put force on the forehead of a shrewd and restless China.

America will not compromise on Taiwan

After this statement of the US President, the White House said that there has been no change in US policy regarding Taiwan. Under this policy, the US believes that the issue of Taiwan should be resolved peacefully, but the policy does not specify whether US forces can be sent if China attacks. Biden’s statement comes at a time when Chinese President Xi Jinping’s government has not taken any shame in making every possible effort to threaten Taiwan by firing missiles into the sea, flying fighter jets in the surrounding areas. Moreover, last month, all political figures, including Speaker of the US House of Representatives Nancy Pelosi, ignored all the clocks of China and even traveled to Taiwan.

In response, China sat on its borders and kept on screaming and screaming. It is also important to mention here that recently China had also expressed its displeasure over the approval of a bill by the US Senate, related to increased defense cooperation to Taiwan. The Chinese Foreign Ministry accused the US of violating its commitment to the One-China principle, and even infiltrating and interfering in China’s internal affairs. Chinese Foreign Ministry spokesman Mao Ning had said that the one-China policy is the political basis of China-US relations. If the discussion on the bill continues or if this bill is approved or signed, then this step of America will destroy the political foundation of Sino-US.

Chinese President Jinping reached Saudi Arabia, trying to give an edge to the sluggish economy