After Russia, North Korea, China, now America… Competition for hypersonic missile, NASA is also engaged in work, why is it so special? 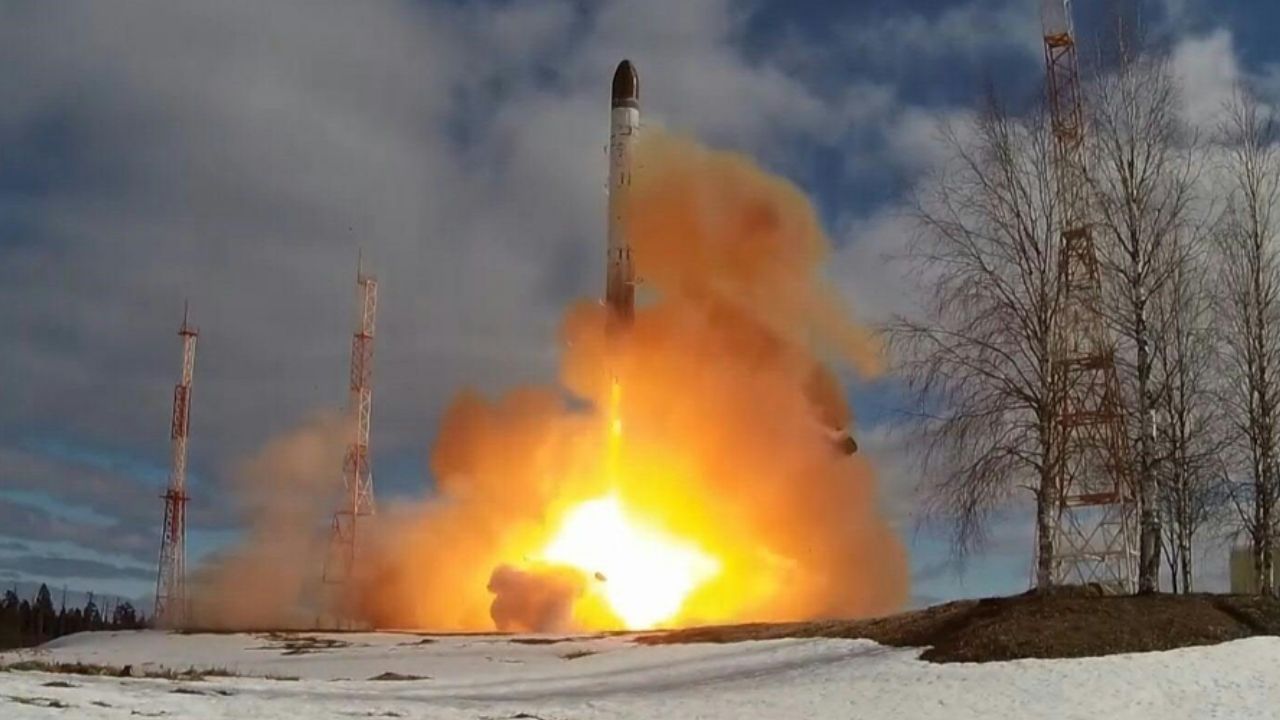 Hypersonic Missiles: Hypersonic missiles can strike at a speed faster than sound. It is also easier to use nuclear weapons than this. Because of which now all the countries are running in its race.

America’s space agency NASA (NASA) is working on making a new hypersonic missile, so that the missile can cause more destruction during the attack, as well as take the least time to launch it. Through the technology, the AI ​​(Artificial Intelligence) component can harness the results of Computational Fluid Dynamic (CFD), making it easier to work around the design of the missile. hypersonic missile (Hypersonic MissilesFor this reason, by hitting a long distance, destroys the enemy in the shortest time. The US has recently tested the DARPA HAWC (Hypersonic Air-Breathing Weapon Concept).

Technology writer Will Lockett says that the scramjet hypersonic missile will be a new generation technology, which America is currently working on. Now NASA is working on such a missile with the help of AI, which will be very fast and will be able to carry out the attack with more range. In the midst of the Ukraine war, the US military has said that it has tested a new hypersonic missile. He has tested launching a hypersonic missile from an aircraft. Which kept the speed five times faster than sound. Hypersonic missile is also considered so dangerous because it can deliver nuclear warheads very fast.

Which country is leading the race?

Currently, Russia, North Korea and China are leading the race for hypersonic missiles. Russia has developed this in recent years. President Vladimir Putin believes that weapons have given Russia an edge over the US. Russia has also claimed to have fired two hypersonic missiles at Ukraine. Last year, China surprised the whole world by testing a hypersonic missile. While America is still struggling to strengthen its hypersonic power. That’s why he has recently tested it. This week Britain, America and Australia (Ox) have agreed to work on hypersonics under a new defense agreement.

At present, hypersonic weapons and air and missile defense are the priority for the US. Hypersonic weapons are considered to be of great use in terms of speed. Due to their high speed, they can generate heat faster than other weapons. In this situation, a lightweight heat shield and thermal protection system are used. US Air Force General Todd Walters has told politicians that the Russian military has fired several hypersonic weapons at Ukraine. Most of these military bases have been targeted.

Earlier, Russia has also admitted that it has fired a new Kinjal hypersonic missile to destroy Ukraine’s fuel storage. This attack was done in the southern part of the country. Russia’s defense ministry said it had killed more than 100 members of Ukraine’s special forces. He attacked a training center in the city of Ovurich in northern Ukraine with a Sea-based missile. Russia has also fired Caliber cruise missiles against Ukraine. Hypersonic missiles are also considered so special because they can be used to deliver conventional warheads more quickly and accurately than other missiles. But their ability to deliver nuclear weapons can become a threat to the world. Due to which the risk of nuclear conflict can also increase.