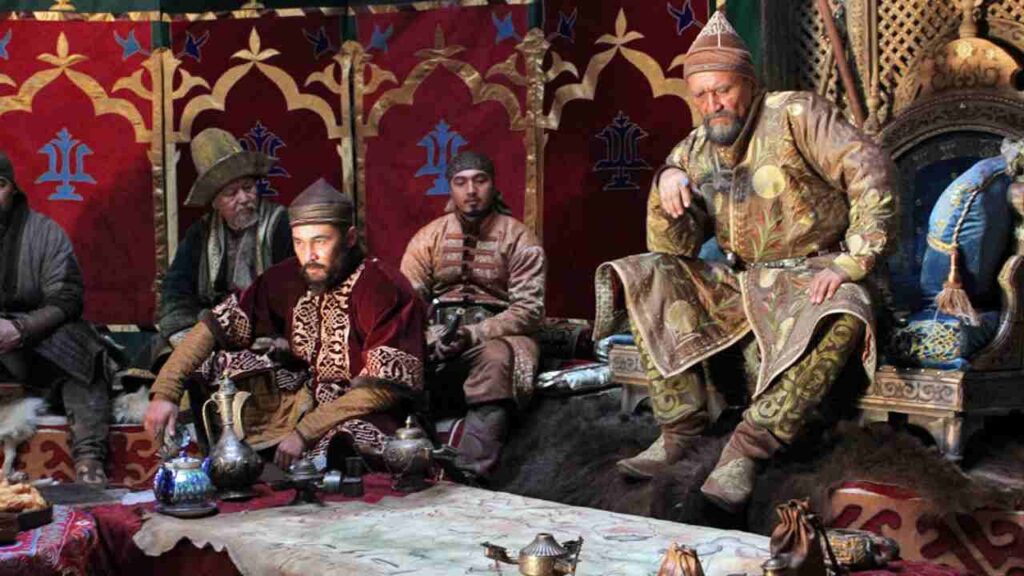 The last Khan whose head or skull is being sought was known as the Kazakh Khan. The Kazakh Khans have long been a subject of tension between Russia and Kazakhstan. In the year 1847, his head was beheaded by his enemy Khanate.

The Kazakh Khans have been a subject of tension between Russia and Kazakhstan for several centuries.

A new issue has cropped up between Kazakhstan and Russia these days. A Kazakhstan businessman has put such a condition in front of Russia, after which President Vladimir Putin will also be upset. A Kazakh businessman has told Russia that he will return a replica of the Soviet-era legend Buran space plane. But for this Russia will have to return the head of the last Khan of the country. This has been disclosed by the National Space Agency of Russia. Let us tell you about this whole matter.

Dmitry Rogozin, the head of Russia’s space agency Roskosmos, has told that a strange offer has been made by a Kazakhstan businessman. This offer was made when Russia complained that Buran’s model was ignored and ignored, then it could suddenly fall into pieces. There is no information about whether Russia has accepted the offer which has come from Kazakhstan side.

What is the importance of Buran Spacecraft

Buran is a Russian word which means snow storm. This was the first space plane that was developed jointly under the Soviet and Russian space programs. It was similar to a US space craft. Buran flew for the first time in the year 1988 and managed to reach orbit. But this program was stopped when the Soviet Union collapsed. After the breakup of the Soviet Union, its funding was completely stopped and in such a situation there was no other option but to close it. A model of this is also in Baknaur. But the model which is in Kazakhstan is worth flying.

who was the last khan

The last Khan whose head or skull was demanded by Musa is known as the Kazakh Khan. The Kazakh Khans have long been a subject of tension between Russia and Kazakhstan. In the year 1847, his head was beheaded by his enemy Khanate. It is believed that the Khanate was sent from the Russian side. In the last few years, many Kazakh leaders have demanded this head, but every time it has been said by the Russian authorities where their head is, no one knows.

Buran model can be ruined

In the year 2020, Russia’s space organization tried to buy Buran and bring it back to the country. But it was found that this model has been bought by an unnamed Kazakh businessman. Now the name of this businessman has come to the fore and it has been identified as Daren Musa. There are many replicas of this space plane and each model is valuable in its own right. It is believed that the place where Musa has kept this model is also very old. According to Russian experts, if this is not taken care of, then it will fall and break in a few days.

Also read- Iran’s big statement regarding ‘Taliban Raj’ in Afghanistan, said- ‘Government is not representative of the country’s population’