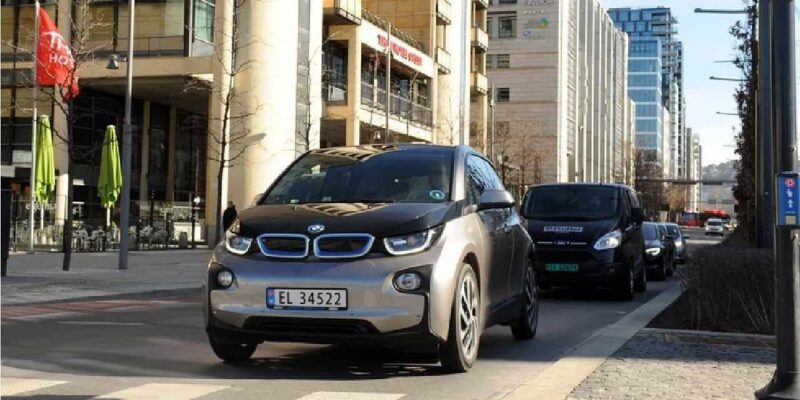 Norway set a record in its move to phase out fossil fuel-dependent cars. According to the Norwegian Information Council for Road Traffic or OFV, more than 9 out of 10 new cars sold in September were either electric cars or rechargeable hybrid cars. Less than five percent of all new passenger cars sold so far in 2021 were petrol-powered. There were even less number of diesel cars. According to the council, 8 out of 10 passenger cars were electric. Most of these were Tesla cars.

Compared to last September, there has been a 46 per cent increase in the sales of all-electric cars this year. The top two models in the cars sold were both Tesla companies. Skoda Anac was among the top selling cars at number three. After this, the Toyota RAV-4 was the only hybrid car in the top. Sales of electric cars in Norway will help the country move towards becoming a completely zero-emissions country by 2025. Along with this, the environment of the country is also getting clean. Norway is rapidly moving in this direction. The government has started taking attractive initiatives to achieve this goal. This includes even reducing taxes.

It will take time to become a zero-emission country

In fact, the Norwegian Automobile Federation (NAF) said that if the previous trends continue at the same rate, then the last petrol cars in Norway could be sold by April next year. However, the group says that increasing sales of electric cars does not directly mean that the country will soon become a zero-emission country. In fact, the group says that the absence of an electric segment in vehicles like pickups and trucks in Norway is one of the reasons behind this. There are many reasons, due to which a record number of people are buying electric cars. The new technology found in electric cars is one of them.

Such people are being encouraged to buy electric cars

Norway has been encouraging people to use electric vehicles for a long time. Up to 25% off VAT is available on purchase of electric cars. People are also exempted from environmental pollution taxes, which have to be paid by the buyers of petrol and diesel vehicles. Apart from this, people have to pay less money or they have been made free for getting service of many auto related things. At the same time, there is no need to pay for going to the parking lot through boats. Companies are given tax exemption for using electric cars. In this way Norway is engaged in achieving the goal of zero-emissions.

Lakhimpur Kheri Violence: After the arrest of Ashish Mishra, now the UP Police is looking for Ankit and Sumit, can become important witnesses

IPL 2021: MS Dhoni will have to make a special sacrifice, only then will Chennai Super Kings become the champion! Have to trust this player