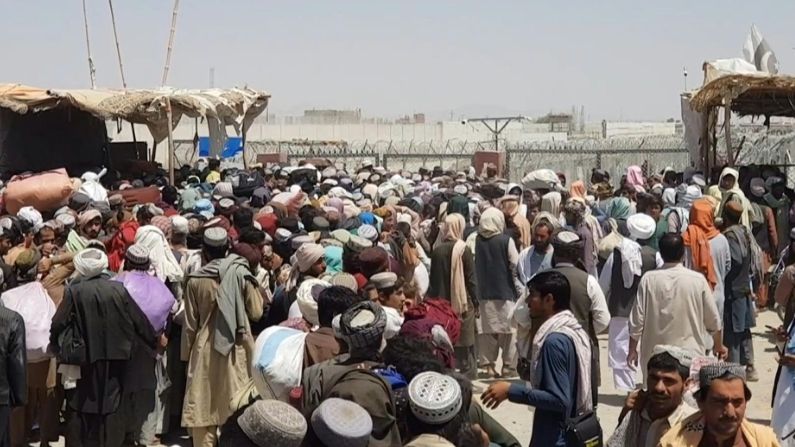 Taliban in Afghanistan: Taliban has captured many provincial capitals of Afghanistan. Since then his fighters are seen celebrating. The organization has also banned the corona virus vaccine.

Taliban Ban Covid Vaccine: The Taliban has banned the coronavirus vaccine in the Paktia province of the eastern part of Afghanistan. A notice has been shown outside the Paktia Regional Hospital regarding this. Afghanistan’s radio and television platform Shamshad News has given information about this. The area was captured last week after the Taliban allegedly removed Nishan Sahib from a gurdwara in the province. Now the entire southern part of the country is under his control.

Meanwhile, a video is also becoming increasingly viral on Facebook, in which Taliban leaders are seen partying at Marshal Abdul Rashid Dostum’s house located in Sheberghan, Jaujan. 67-year-old Dostum has also been the former Vice President of the country. The organization captured this provincial capital located in the north of the country last week (Taliban Partying in Afghanistan). We cannot officially confirm this video. According to reports, it can be seen in the video that Talibani leaders are sitting in a big hall.

Occupied 65 percent of the country

It is estimated that the Taliban have taken over 65 percent of Afghanistan. Now he is standing at the door of the capital Kabul. On Friday, the Taliban captured Kandahar, Lashkargah and Herat. On Saturday, news came that now Logar province has also been occupied (Taliban Control in Afghanistan). The situation in this country has deteriorated after a US decision in which President Joe Biden said on April 14 that all US troops would be withdrawn from Afghanistan. The process of withdrawal of troops had started from May 1.

refugee crisis within the country

The situation in this country is very bad. There is a refugee crisis within the country itself. People from different provinces are running towards the capital Kabul after saving their lives. Due to which the number of refugees has increased here (Situation of Afghanistan). While a large population is sharing their views on social media. Many pictures and videos narrating the serious situation of the country have also come to the fore. Ordinary citizens have also taken to the streets to show their support for the Afghan army.

Also read- Taliban launched a major attack on the northern city of Mazar-e-Sharif, also captured the Logar province of Afghanistan