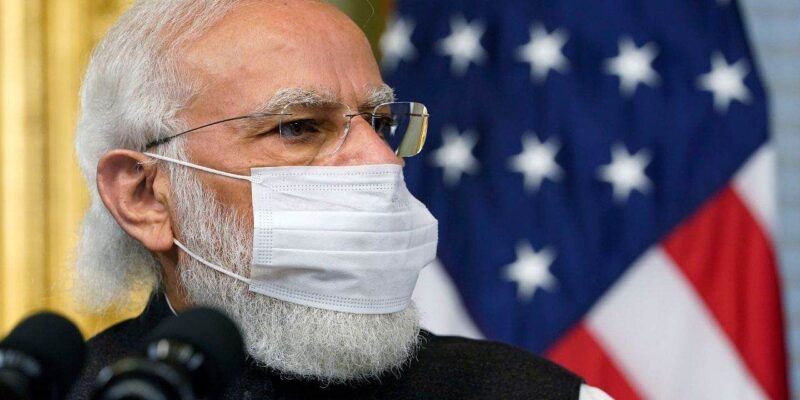 PM Modi at UNGA: Prime Minister Narendra Modi is going to address the 76th session of the United Nations General Assembly in a few countries. During this, he can speak on many important issues including terrorism.

PM Modi Speech in UN General Assembly: Prime Minister Narendra Modi will address the 76th session of the United Nations General Assembly (UNGA) in New York on Saturday. During this, he can speak on other issues related to ‘global challenges’ including the corona virus epidemic, terrorism and climate change. PM Modi had a bilateral meeting with US President Joe Biden at the White House on Friday. After that he left from Washington for New York. Prime Minister Modi tweeted and said, ‘I have reached New York City. I will address UNGA on September 25 at 6:30 pm.

The Ministry of External Affairs tweeted, ‘Prime Minister Narendra Modi has reached New York to give voice to the feelings of 1.3 billion people of India, he will address the 76th UNGA session here (PM Modi Speech in UNGA). India’s current membership in the UN Security Council is even more important now. PM will address world leaders at the ‘United Nations General Debate’ on Saturday morning. He will be the first global leader to address the world organization. The Prime Minister was received at the airport by India’s Ambassador Taranjit Singh Sandhu and India’s Permanent Representative to the United Nations TS Tirumurti.

On which issues will PM Modi speak?

India’s Permanent Representative to the United Nations TS Tirumurti had earlier said that PM Modi has always been speaking on major issues facing the world and issues of importance and concern to us in India. Including our achievements on the domestic front (PM Modi Speech at UNGA). Tirumurti said that apart from the coronavirus pandemic and its humanitarian impact, the global economic slowdown and financing for development, terrorism and related issues, climate change, ongoing international conflicts, recent developments in Afghanistan, the United Nations Security Council (UNSC) Other issues like reforms can be spoken from India’s side.

PM can speak on terrorism

Tirumurti further said, ‘It is expected that India will become a leading voice in the developing world as well as a member of the Security Council on climate change, sustainable development goals, equitable access to vaccines, poverty alleviation and economic recovery, women empowerment. and their participation in government structures, counter-terrorism, peacebuilding and building, UNSC reforms will raise their voices on global issues. After the address in the General Assembly, PM Modi will leave for India.

Also read- Taliban will not get a chance to speak at UNGA, ‘Ghulam Isakzai’ will address the session on behalf of Afghanistan

Supreme Court lawyers contested for the post of DDCA President, the club never gave entry to his son