76th UNGA: America is the most powerful but first is the speech of the President of Brazil, know some interesting facts of the General Assembly 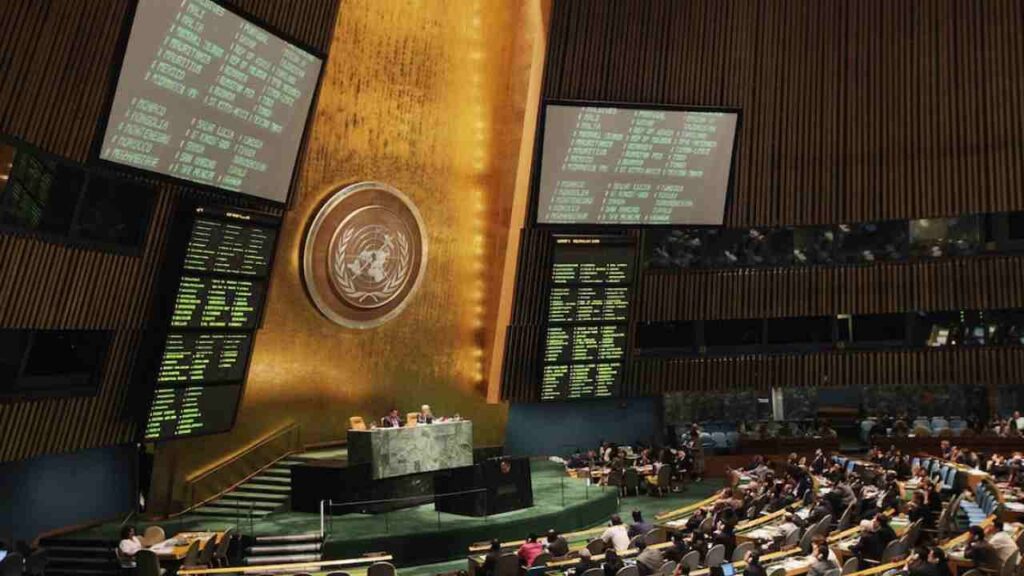 This tradition is going on from the year 1955 till today. Since then, Brazil always gets a chance to speak first. America comes after Brazil.

It is a tradition since 1955 that the President of Brazil is the first to deliver the speech.

At present, the 76th session of the United Nations General Assembly (UNGA) is going on in New York. Every year Unga is organized and during this time global leaders give their opinion on different issues. Permanent members of the United Nations, America, France, Britain, China and Russia, besides the heads of countries like India and Pakistan meet here.

America is the most powerful country in the world, but you will be surprised to know that the first speech is from the President of Brazil. There are many such facts of UNGA about which it is very important for you to know. Let’s take a look at some such facts.

The General Assembly opens with the address of the President of Brazil. You may also be surprised to hear the opening remark of the President of Brazil instead of America in the General Assembly that lasted for 5 days. After all, why does a country like Brazil get the first chance instead of the host country? Knowing the reason for this, you will also laugh and be surprised. In an interview to NPR in 2010, UN Protocol Chief Desmond Parker had given the reason for this.

He had said, ‘When Unga was started, at that time there was no head of state who wanted to give a speech first. But Brazil was always ready. The first speech was always offered from his side. He told that because of this, this tradition is going on from the year 1955 till today. Since then, Brazil always gets a chance to speak first.

If the head of state does not reach on time

America comes after Brazil and who will speak after it is decided by looking at the geographical balance like delegation, choice and other options from the member countries. Usually, if the head of state does not reach, then there is no chance to speak. But if a head of state like the Prime Minister of Britain or the Chancellor of Germany has come, then they too will not get a chance. The Foreign Minister or other Deputy Ministers will then be given an opportunity to speak in place of the Head of State.

Whenever a head of state or a representative of a country comes to the UNGA for a speech, he has to take special care of his time limit. Here the maximum time limit of speech is up to 15 minutes. But this is only voluntary and many leaders do not pay heed to it. Former US President Barack Obama spoke here for 47 minutes in 2016, 43 minutes in 2015 and 39 minutes in 2014.

The longest speech was that of Cuban ruler Fidel Castro in Unga. Castro gave a 269-minute long speech in 1960. Apart from this, Nikita Kurushev gave 140 minutes of speech in 1960 and 96 minutes by Libyan dictator Muammar al-Gaddafi in 2009.

However, there is a record of giving a speech in the name of VK Krishna Menon, who was the Defense Minister of India. Menon had set a new record in the year 1957 by speaking for 7 hours 48 minutes. But his speech was for the United Nations Security Council (UNSC). Speakers are also sent by the European Union (EU) like the Vatican and Palestine. Unga’s speech is translated into Arabic, Chinese, English, Russian and Spanish.