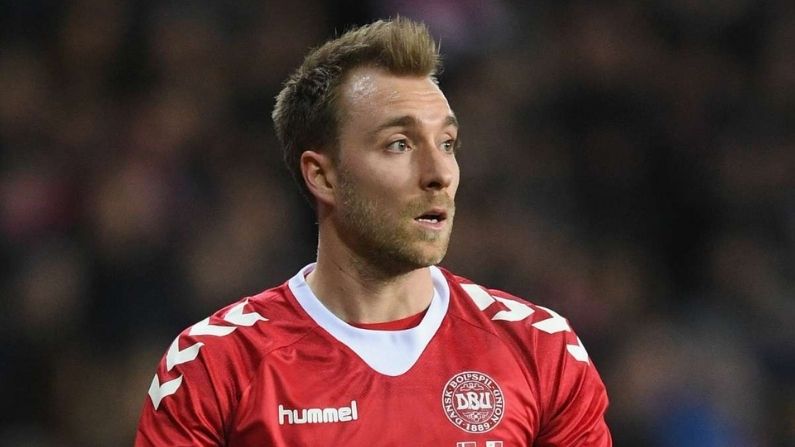 This painful incident happened at the end of the first half of this match being played in Copenhagen, Denmark.

A terrible accident happened on the second day of Euro Cup 2020, the biggest tournament of European football. During the Group B match between Denmark and Finland in Copenhagen on Saturday evening, a player suddenly collapsed due to dizziness, due to which the match was stopped for a long time and then the match was postponed. The match, which started at 9.30 pm Indian time, was progressing near the end of the first half, but then Denmark’s superstar midfielder Christian Eriksson suddenly collapsed on the field and became unconscious. At the same time the referee stopped the match and the players of both the teams ran to pick up Eriksson. At the same time, the medical team came on the field and started examining Erikson. Eriksson was immediately taken out in a stretcher. Soon UEFA postponed the match due to medical emergency.

In this first match of Group B being held in the Danish capital, both the teams were giving tough competition to each other in the first half. Till that time no goal had been scored in the match. Then in the 43rd minute Denmark got a throw to the right of Finland’s goal. The Danish player threw the ball towards Eriksson. As soon as Eriksson stopped the ball, then he stumbled and fell unconscious.

The match was stopped, the medical staff investigated

As soon as this shocking incident happened with his fellow player during the match, the Danish players ran towards Eriksson. Match referee Anthony Taylor also immediately stopped the match there. The medical staff of the Danish football team immediately reached the field and began to examine Eriksson.

The medical team also tried to give Eriksson CPR. During this, pain and fear were visible on the faces of the Danish players. Still, keeping the courage, he surrounded his fellow player from all sides to protect him from the eyes of the cameras and the fans.

After some time, Erikson has been taken out of the field on a stretcher and admitted to the hospital. An official statement issued by UEFA on Eriksson’s condition said that he has been admitted to hospital, where his condition is stable.

Following the medical emergency involving Denmark’s player Christian Eriksen, a crisis meeting has taken place with both teams and match officials and further information will be communicated at 19:45 CET.

The player has been transferred to the hospital and has been stabilised.

The Danish Football Association also gave an update on Eriksson’s condition via tweet and said that he is conscious.

Christian Eriksen is awake and is undergoing further examinations at Rigshospitalet.

The match is temporarily postponed. New message comes at 19.45.

Football journalist Fabrizio Romano posted a photo of Eriksson lying in a stretcher and conscious.

However, UEFA stopped the match there and suspended the match citing medical emergency. Along with this, everyone is praying for Erikson’s well being from all over the world. Everyone including the fans, football club is hoping for the speedy recovery of the legendary footballer.

The UEFA EURO 2020 match in Copenhagen has been suspended due to a medical emergency.

All our thoughts and prayers are with Christian Eriksen 🙏🇩🇰

Also read: Kuldeep Yadav’s anger erupted on KKR, a flurry of allegations, said- Team not serious for IPL, did not even support

Prithviraj of Super Dancer Chapter 4 is performing alone by staying away from family, made these two friends his family

Left and UDF came out in support of Lakshadweep’s filmmaker Ayesha Sultana, raised the demand to withdraw the sedition case