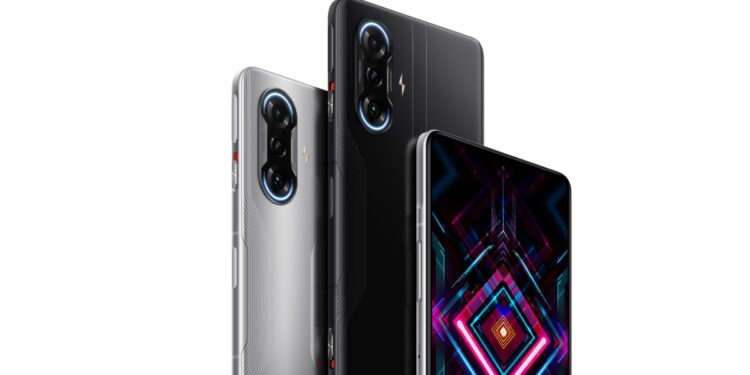 It is being teased about the Poco F3 GT smartphone that this phone will be launched in India soon. The company is releasing teasers related to the phone daily, the latest teaser has revealed the Indian color variants of the upcoming smartphone. An earlier report had claimed that the Poco F3 GT phone would be a rebranded version of the Redmi K40 Gaming Edition, which was launched in the Chinese market a few months back. Poco F3 GT teasers also indicate that the phone may sport a slipstream design and the phone will get an anti-fingerprint matte finish, which will give a premium glass feel.

another one teaser This indicates that the 22-step engraved matte panel will be given in the Poco F3 GT phone. The phone will come with an anti-fingerprint matte finish while retaining a premium glass feel. If the Poco F3 GT phone will really be a rebadged version of the Redmi K40 Gaming Edition, then it should be priced similar to China. The price of Redmi K40 Gaming Edition starts at CNY 1,999 (approximately Rs 23,000) in China. The information about the exact launch date of Poco F3 GT has not been revealed at the moment, but it is being said that this phone can be launched by August.

Poco F3 GT can be given a 6.67-inch full-HD + (1,080×2,400 pixels) AMOLED display. MediaTek Dimensity 1200 (MT6893) SoC can be given in this phone. For photography, a triple rear camera setup will be given in the Poco phone, which will have a 64-megapixel primary sensor, 8-megapixel ultra-wide lens and a 2-megapixel macro camera. For selfies and video calls, it can have a 16-megapixel front camera. The phone’s battery will be 5,065mAh, with which 67W fast charging support can be found. The phone will also have a side-mounted fingerprint sensor.<!–