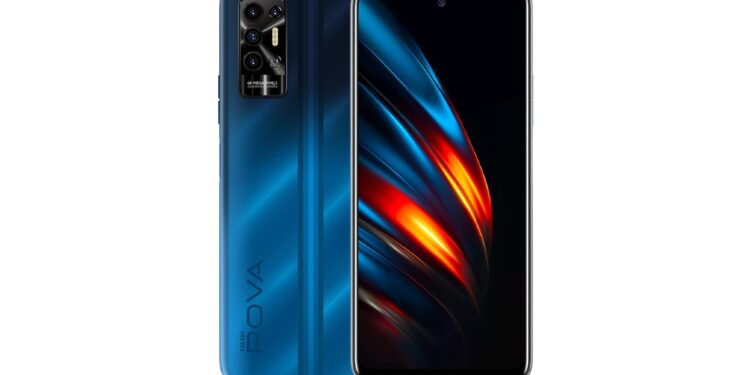 Arijit Talapatra, CEO of the India branch of Tecno’s parent company Transsion, took to his official Twitter handle. Tweet Taxes have indicated that soon the Tecno company is going to launch a smartphone equipped with a strong battery of 7,000 mAh in India. Although he has not revealed the name of the phone, but the presence of 7,000 mAh battery can lead to speculations that it could be the Tecno Pova 2 smartphone launched in Philippines recently, which was equipped with 7,000 mAh battery. The CEO has also shared a picture in his tweet, which gives a glimpse of the upcoming phone. The back panel of the phone looks similar to the phone launched in the Philippines recently.

The Tecno Pova 2 is priced at PHP 7,990 (approximately Rs 12,200) in the Philippines, which is for the 6GB RAM + 128GB storage variant of the phone. Tecno Powa 2 smartphone comes in Black, Blue and Silver finishes.

The Tecno Powa 2 smartphone runs on Android 11 based and sports a 6.9-inch Full HD+ display with a hole-punch cutout for the selfie camera. Apart from this, the phone is equipped with MediaTek Helio G85 processor, coupled with 6 GB RAM. Also 128 GB storage has been given in the phone. For photography, there is a quad rear camera setup in the phone, whose primary camera is 48 megapixels. It will get an 8-megapixel camera for selfie and video calling.

The phone has a 7,000 mAh battery, with which you will get 18 W fast charging support. The company claims that this battery will provide usage for several days. Connectivity options include Bluetooth, Wi-Fi and 3.5mm headphone jack. Apart from this, it has been given System Turbo 2.0 and ET Game Engine features, which boost the gaming performance of the phone.