Take part in this event for a chance to win a Battlegrounds Mobile India branded T-shirt, backpack and mobile ring 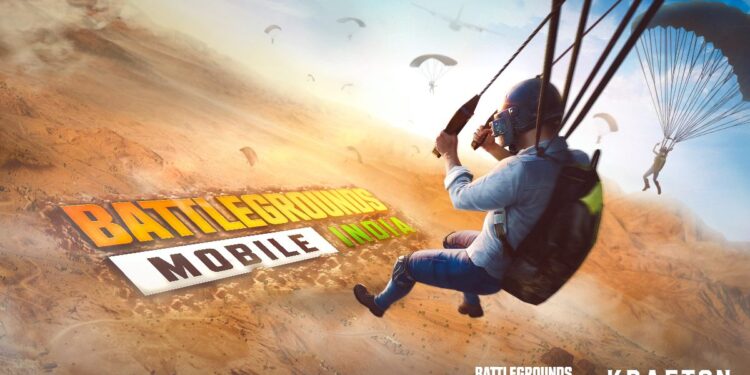 Battlegrounds Mobile India’s ‘Get Ready To Jump’ community event is underway and participating players have a chance to win official merchandise. Players participating in this event will have to share a clip of dropping a pin on the map and landing at their chosen location. Krafton is looking for a strategy that players use to parachute as much as possible in battle royale games. A total of 150 submissions will win a merchandise box, which includes Battlegrounds Mobile India branded clothing and accessories. The event will end on July 30 and the winners will be announced a month later.

Battlegrounds Mobile India is the very popular free-to-play battle royale game, in which players jump empty-handed from a plane to their chosen locations on the map and then try to survive to the end while collecting weapons and other essentials. The person or team that survives to the end wins the game. Crafton has launched its ‘Get Ready To Jump’ event in which players can demonstrate their parachuting and landing skills to win official merchandise. Participants will have to share a short clip of less than a minute, which shows them jumping and landing at their chosen locations. This event has already started and will run till 30th July.

They must share the clip on any of their social media handles by tagging the game’s respective channels – @battlegroundsmobilein_official on Instagram, @Battlegrounds Mobile India on Facebook, or @BATTLEGROUNDS MOBILE INDIA on YouTube. Apart from this, along with #GETREADYTOJUMP and #BATTLEGROUNDSMOBILEINDIA, you have to enter the UID number of your character.

Krafton will select 150 submissions and winners will be announced on the game’s official social media channels within 30 days of the end of the event. Players will then be contacted in-game via mail to obtain the information needed to ship the box. Crafton states that if the participant is found to be in any form of cheating, the developer has the right to change, remove or disqualify him.<!–