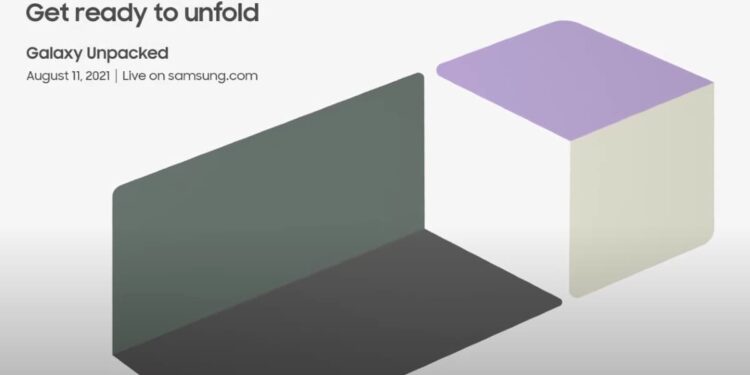 Samsung has announced its next Galaxy Unpacked event on Wednesday, which will be held on August 11. Along with the announcement of the launch date, the South Korean company has also teased two new foldable phones, which have been in the headlines for a long time, the Galaxy Z Fold 3 and the Galaxy Z Flip 3. Both the phones can knock with new folding design and upgraded hardware. Apart from the official announcement, Samsung Galaxy Z Fold 3 and Galaxy Z Flip 3 price information has been leaked by the European retailer. Custom skin maker Dbrand has also given a glimpse of the design of the Galaxy Z Floyd 3.

The Galaxy Unpacked event will be held on August 11 at 7.30 pm, where you can see the launch of the new Samsung flagship phone. whose information has been given by the company. Let us tell you, the information of this date has already surfaced online.

Samsung has teased the launch of its next generation foldable phone through a video that hints at the arrival of two new models. It is believed that this could be the Samsung Galaxy Z Fold 3 and Galaxy Z Flip 3 phones.

The next generation Galaxy Unpacked event will be livestreamed through Samsung’s social media channel.

It is worth noting that this price is higher than the price revealed in the recent South Korean report.

The retailer has also listed the color options of both the Samsung foldable phones on the website. The Galaxy Z Fold 3 phones are listed with Phantom Green, Phantom Silver and Phantom Black, while the Galaxy Z Flip 3 is listed with Phantom Black, Dark Blue, Grey, White, Cream, Green, Light Pink and Lavender. These colors were seen in some renders leaked last week.
<!–