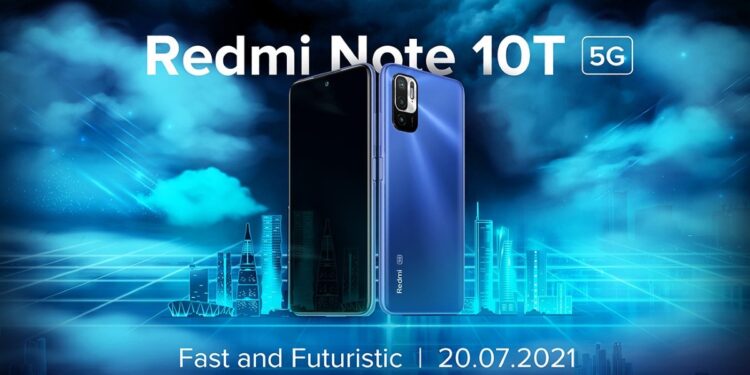 Redmi Note 10T 5G smartphone will be launched in India today at 12 noon, whose livestream is available on Redmi India’s social media channels and Twitter And through YouTube. You can also watch the event in the embedded video below.

According to a recently revealed report, the Redmi Note 10T 5G smartphone will cost Rs 14,999 in India, which will be the price of the phone’s single 4GB RAM + 128GB storage variant. At the moment, Xiaomi has not made this information official.

Talking about the specifications, the Redmi Note 10T 5G phone will work on MIUI based on Android 11 and can be given a 6.5-inch full-HD + (1,080×2,400 pixels) display, which will have a refresh rate of 90Hz. The phone will be equipped with MediaTek Dimensity 700 processor, with which 6GB of RAM has been paired. For photography, a triple rear camera setup has been given in the Redmi Note 10T 5G phone, whose primary camera is 48 megapixels. It includes a 2-megapixel macro camera and a 2-megapixel depth camera. This phone has an 8 megapixel camera for selfie and video calling.

The phone’s storage will be 128 GB. Connectivity options will include 5G, 4G LTE, Wi-Fi, Bluetooth v5.1, NFC, USB Type-C and 3.5mm headphone jack. A side-mounted fingerprint sensor can also be given in the phone. A 5,000 mAh battery will be given in the phone, with which there is 18 W fast charging support.
<!–