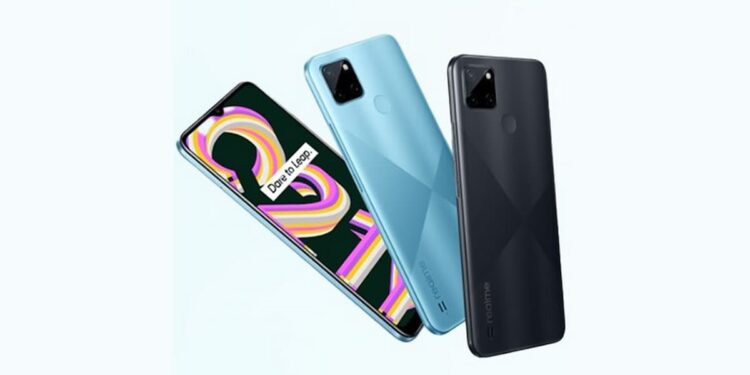 Realme C21Y smartphone has been launched in Vietnam. It is an entry-level smartphone being a part of the company’s C series. The phone has a notch display for selfie, while the bezels on the three sides of the phone are slim but the bezel located at the bottom is thick. In this phone, the company has given triple rear camera setup and rear-mounted fingerprint scanner. The Octa-core processor is present in the Realme C21Y phone, with which you get two RAM and storage configurations. The phone has a big battery, as well as this phone is TUV Rheinland High Reliability Certified.

As of now, Realme has not made public the international availability information of the Realme C21Y.

The dual-SIM (Nano) Realme C21Y smartphone works on the Realme UI based on Android 10 and features a 6.5-inch HD+ (720×1,600 pixels) display with a peak brightness of 400 nits. Apart from this, this phone is equipped with octa-core Unisoc T610 processor, with which Mali-G52 GPU has been given. Realme C21Y phone has 4GB LPDDR4x and 64GB storage which can be expanded via micro SD card.

For photography, a triple rear camera setup has been given in the phone, whose primary camera is 13-megapixel. Also, it includes a 2-megapixel black and white sensor and a 2-megapixel macro sensor. For selfie and video calling, you have a 5-megapixel selfie camera sensor in the phone.

For connectivity, the Realme C21Y phone includes LTE, Wi-Fi, Bluetooth v5, GPS, 3.5mm headphone jack and Micro-USB port for charging. Sensors include Magnetic Inductive Sensor, Ambient Light Sensor, Proximity Sensor and Accelerometer. Fingerprint scanner is also provided on the back panel of the phone. The phone has a 5,000mAh battery, which supports reverse wired charging. The dimensions of the phone are 164.5x76x9.1mm and the weight is 200 grams.