Oppo Reno 6Z phone can be equipped with 64MP camera, price and specification leaked before launch 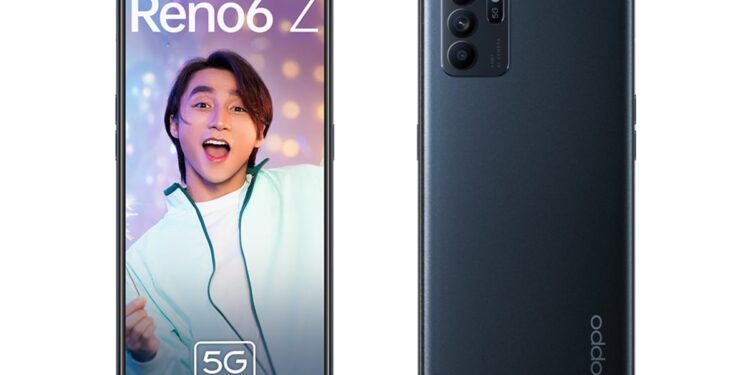 The Oppo Reno 6Z smartphone is all set to launch on July 21, but before the launch, many key information related to the phone has been leaked online. This includes full specification details from the price of the smartphone. Apart from this, the company has also released teaser pages in some countries, through which many information related to the phone is also coming out. It has been confirmed that this phone will be equipped with MediaTek Dimensity 800U processor and will get 30W VOOC Flash Charge fast charging support. Also, this phone has also been listed on online retail sites in Vietnam before the launch.

As we mentioned, Oppo has released the teaser page for Oppo Reno 6Z in several countries. Especially it has been done live in Vietnam and the Philippines. This phone will be launched in Vietnam on July 21, while in the Philippines this phone will be launched on August 6. The teaser page confirms the design of the Oppo Reno 6Z phone. This phone has a hole-punch display, which is located on the top-left corner of the display along with the camera cut-off. The rectangular camera module on the back of the phone is housed, with three sensors located one below the other. Also, in this module, the flash has been placed next to the camera sensor. Apart from this, it is also confirmed through the camera module that the primary camera of the phone will be 64 megapixels.

Apart from this, the teaser page also confirms that the Oppo Reno 6Z smartphone will come in two blue gradient finishes. Features like Bokeh Flare Portrait and Portrait Beautification Video will be present in the phone’s camera. MediaTek Dimensity 800U processor will be given in the phone and it will get 30W VOOC Flash Charge fast charging support. The teasers also indicate that the Oppo Reno 6Z phone may include a 3.5mm audio jack, speaker grille and USB Type-C port.

by the tipster named @chunvn8888 Tweet There are indications that the Oppo Reno 6Z phone could be priced at VND 9,490,000 (approximately Rs 30,700) in Vietnam and the pre-bookings could start as soon as possible. The pre-order offer will include free Bluetooth speakers. Tipster Evan Blass has also leaked renders of Oppo Reno 6Z online, in which the phone can be seen from all angles, this render is similar to the render shared by the company.

Oppo Reno 6Z has been listed on the site of some e-commerce company in Vietnam ahead of its launch. The listing includes specifications and renders of the phone. According to the listing, the Oppo Reno 6Z phone will run on Android 11. The phone will have a 6.43-inch full-HD + (1,080×2,400 pixels) AMOLED display, with Corning Gorilla Glass 5 protection. The phone will be equipped with MediaTek Dimensity 800U processor, with which 8 GB RAM and 128 GB storage will be available.