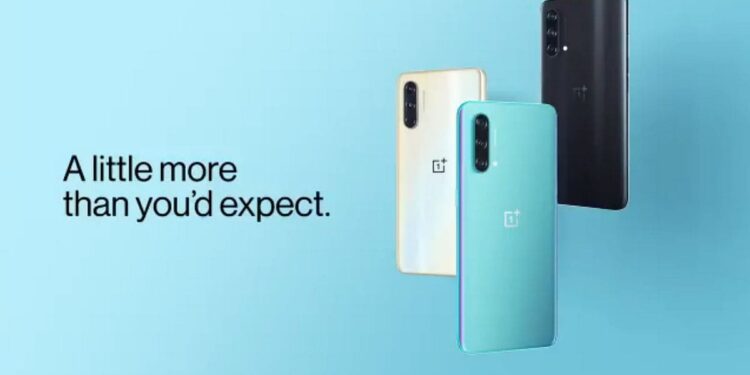 OnePlus Nord CE 5G is going to be launched in Europe and India today. But even before the launch, a well-known leaker Evan Blass has leaked a lot of renders and a promo video of this phone. Many specifications of the phone have also been given in this leaked information. From its color variants to camera setup, many important information has come to the fore even before the launch of the phone. According to the leaked renders, this phone will be launched in color options like Charcoal Ink and Blue Void.

The leaked 90-second promo of the OnePlus Nord CE 5G was posted on Twitter by tipster Evan Blass (@evleaks) on Twitter. share Has been done. In this video, the phone is said to have Snapdragon 750 SoC, which was only present in rumors till now. This phone will come with an always-on display and a single hole punch cutout in which the selfie camera will fit. It has been told in the promo video that this phone will have a Fluid AMOLED display with a refresh rate of 90Hz. This phone will be launched in color options like Charcoal Ink and Blue Void. At the same time, a silver finish variant is also seen in its promo video.

OnePlus Nord CE 5G is going to be launched in India today. Its launch time will be 7 pm (IST). Along with the phone, the company is also going to launch OnePlus TV U1S series. At the same time, another known tipster from China with Digital Chat Station (translated) has shared on Weibo that OnePlus is working on a phone with MediaTek Dimensity 1200 SoC processor. If this proves to be true, then this will be the first phone of OnePlus equipped with MediaTek processor. Earlier, the company has used only Qualcomm SoC chipset in its smartphone.

According to this tipster, the phone will have a triple rear camera setup. This setup will be similar to OnePlus 9 Pro. Only its fourth camera will be replaced by a flash module. Its main camera is said to have Sony IMX766 sensor. The same sensor was also given in the ultra wide shooter of OnePlus 9 and OnePlus 9 Pro.

Apart from this, this tipster says that it will run on OxygenOS and its price will be around CNY 2,000 (about Rs 22,900). It is worth noting here that OnePlus has not officially confirmed this.