OnePlus Nord 2 will be launched with 3 cameras, the company has lifted the curtain from the design even before the launch 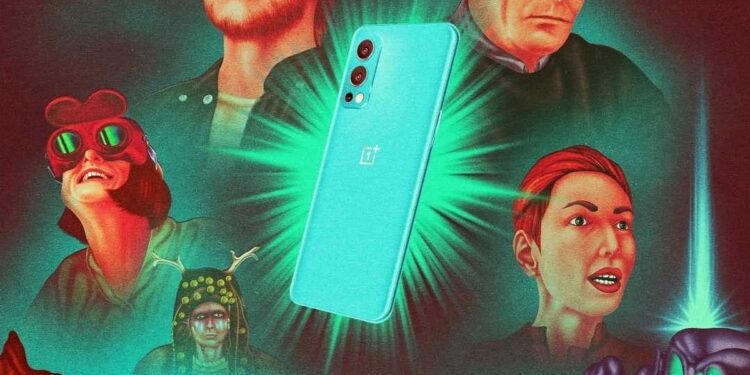 The design of the OnePlus Nord 2 smartphone has been made public by the company ahead of the 22 July India launch. This phone can be seen with a triple rear camera setup, in which the company has given two big sensors and a small sensor. The flash module is located in lieu of the camera sensor itself. This design is similar to the design of the previously leaked render. The OnePlus Nord 2 5G smartphone will be the successor to the OnePlus Nord, which was launched in July last year. This new model will be the first OnePlus phone, which will be equipped with MediaTek processor.

OnePlus has shared a picture through its oneplus.nord Instagram account, in which the back panel of the upcoming OnePlus Nord 2 is being seen. The blue back panel of the phone can be seen in this picture, with the OnePlus branding located in the middle. Talking about the camera setup, it is positioned vertically, in which two large sensors and one small sensor have been given. The third sensor is located right next to the flash. The same information has been revealed about the OnePlus Nord 2 through this picture.

OnePlus Nord 2 5G smartphone will be launched in India on July 22 at 7.30 pm. The company has organized a virtual event for this, which will be livestreamed on the company’s YouTube channel and website. Regarding the OnePlus Nord 2 5G, it has been confirmed that it will be powered by the MediaTek Dimensity 1200-AI processor, which is an enhanced version of the standard MediaTek Dimensity 1200. Apart from this, the smartphone will have a 6.43-inch AMOLED display with 90Hz refresh rate and HDR10+ certification. The OnePlus Nord 2 will run on OxygenOS 11 and will receive two major Android updates. While this phone will get security updates for three years.

It has also been informed about the OnePlus Nord 2 phone that a triple rear camera setup can be given in it, whose primary camera will be 50 megapixel Sony IMX766 and it will include optical image stabilization. This is the same camera sensor that is present in OnePlus 9 and OnePlus 9 Pro phones.