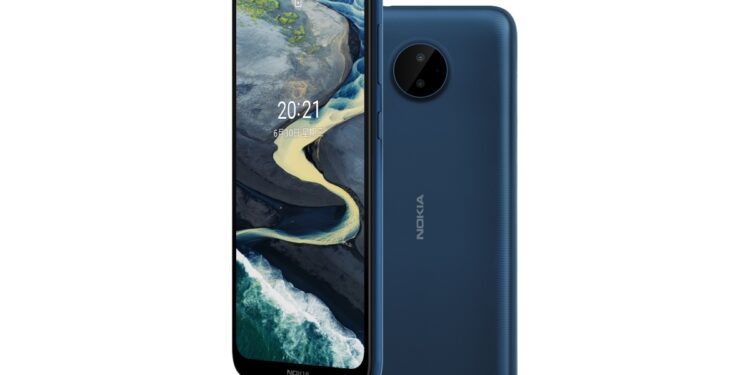 The price of Nokia C20 Plus is CNY 699 (approximately Rs 8,000), in which 3 GB RAM + 32 GB storage variant of the phone is available. The phone has been introduced in China in Graphite Black and Ocean Blue color options. At the same time, pre-booking of the phone has been started in China, while its sale will start from June 16. However, the company has not made public the international price and availability information of the phone.

Dual SIM (Nano) Nokia C20 Plus phone runs on Android 11 (Go Edition). The phone has a 6.5-inch HD + (720×1,600 pixels) display, with 20: 9 aspect ratio. Apart from this, the phone is equipped with octa-core Unisoc SC9863a processor, with which 3 GB RAM is available. For photography, the phone has a dual rear camera, in which there is a 2-megapixel depth sensor with an 8-megapixel primary camera. This phone has a 5 megapixel camera for selfie and video calling. Both the cameras come with LED flash.

At the same time, in its previous version, the company had given a 5-megapixel camera sensor on both the back and front.

The Nokia C20 Plus offers up to 32GB of storage, which is expandable up to 256GB via microSD card. Connectivity options include 4G LTE, Wi-Fi 802.11 b/g/n, Bluetooth 4.2, GPS/ A-GPS, FM radio, Micro-USB, and 3.5mm headphone jack. Sensors on board include accelerometer, ambient light and proximity sensor.