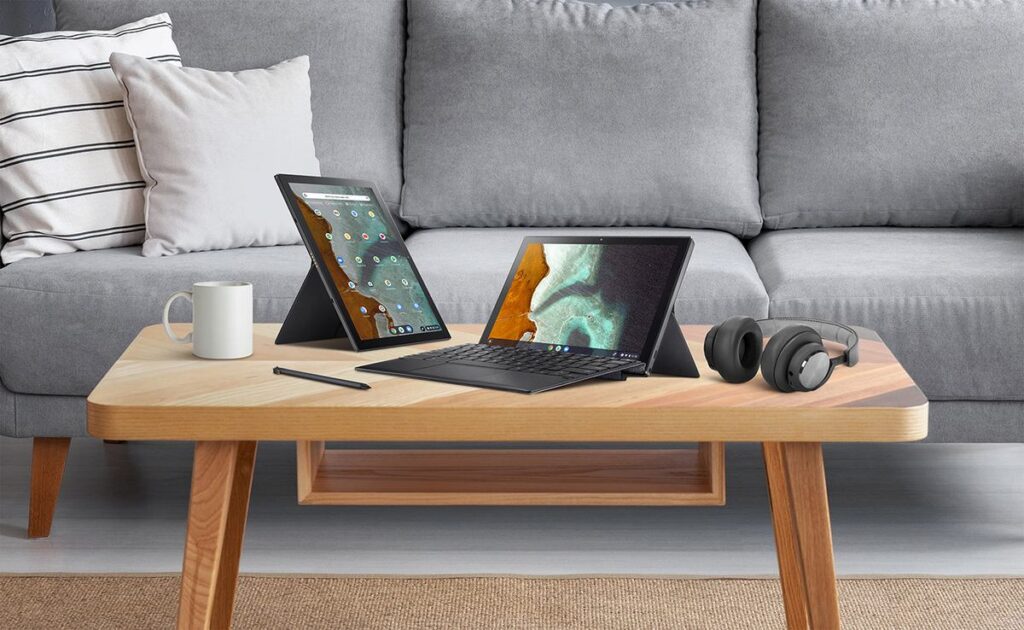 Share
Facebook Twitter LinkedIn Pinterest Email
Asus has launched the Asus Chromebook Detachable CM3. This device is powered by Octacore MediaTek 8183 processor. It is believed that this device has been launched in comparison to Lenovo Chromebook Duet which runs on ChromeOS only. The specifications of the Asus Chromebook Detachable CM3 are also very similar to the Lenovo Chromebook. But some additional features have also been given in it which takes it a bit further. This device has been listed on the Asus website in the US. The company has not given any information about when it will be launched in other regions.

This Asus Chromebook Detachable CM3 equipped with ChromeOS may have been launched but it is being shown on the company’s website only in “coming soon”. Its 64 GB and 128 GB storage models are priced at $ 349.99 (approximately Rs 25,500) and $ 369.99 (approximately Rs 27,000 thousand) respectively. The company has given only one color option of Mineral Gray in it.

The Asus Chromebook Detachable CM3 sports a 10.5-inch (1,920X1,200 pixels) LCD display with an aspect ratio of 16:10 and a display brightness of 320 nits. It also has a stylus sport that is built into the Chromebook itself. It is powered by Octa-core MediaTek 8183 processor paired with Arm Mali-G72 MP3 GPU. This Chromebook packs 4GB of LPDDR4X RAM and 128GB of eMMC onboard storage. The detachable keyboard attaches to the device via a POGO pin and looks like a case/cover. In addition, it also gets a dual hinged kickstand at the rear. It is also detachable and is fabric covered. It works in both portrait and landscape mode. Talking about the camera, it has an 8-megapixel camera at the back and a 2-megapixel camera on the front for selfies and videocalling.

Bollywood’s King Shah Rukh Khan is enjoying the success of his film Pathan these days.…

General Mike Minhan also said in the letter, ‘I hope I am proved wrong but…