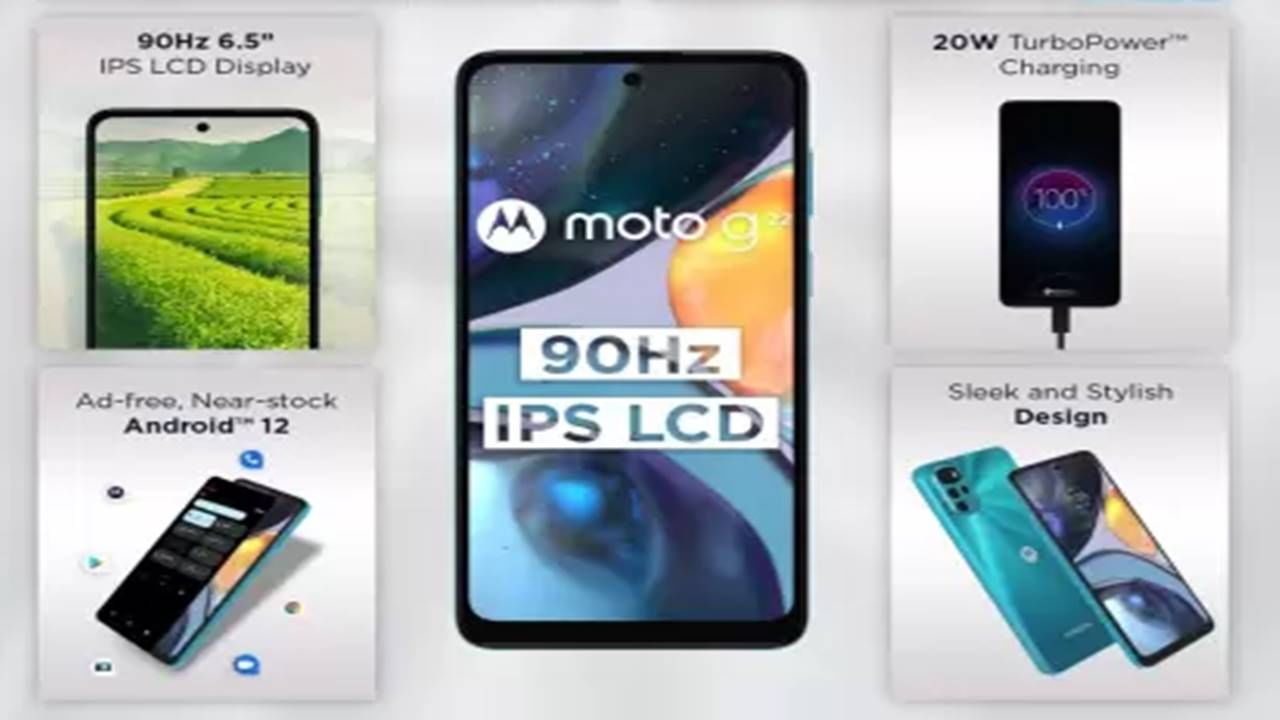 Motorola G22 has been launched in India. In this, quad camera setup has been given on the back panel. The primary camera in this is 50 megapixels. This phone will work on stock Android 12.

Motorola Moto G22 smartphone can be purchased for Rs 10999. Along with this, the company has also given a launch offer on it, which will run on April 13 and 14. Under this offer, this smartphone can be bought cheap by Rs 1000, after which the price of this mobile is Rs 9999.

Talking about the camera department of Motorola Moto G22, it has a quad camera setup on the back panel. The primary camera in this is 50 megapixels. Ultra wide camera of 8 megapixels has been given. The other two cameras are 2-2 megapixels, which is a macro and a depth sensor.

Other features of Motorola Moto G22

Samsung is bringing 512 GB RAM, it will get better data transfer speed