Japan Airlines may start its flying car service by the year 2025! 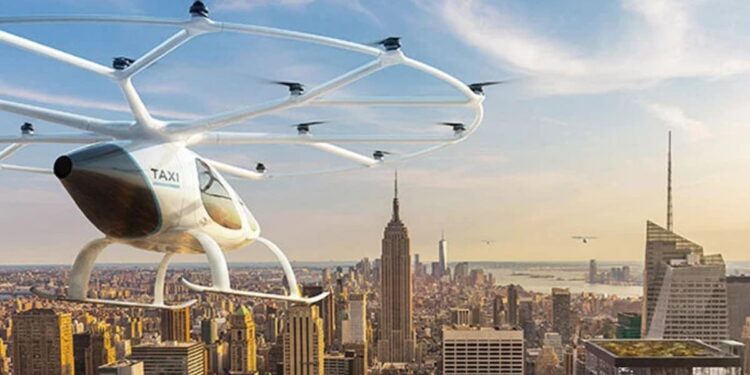 Flying car can be seen in the market after some time in Japan. This ambitious goal is eyeing many countries which are competing to develop the flying car. Now Japan Airlines is preparing to add airplanes as well as air cars to its operations. In the near future, Japan may be one of the few countries to have its own flying car technology. The company has set a target of 2025 for this. In the financial year 2025, the company is working on a plan to start its flying car service.

According to a report by NikkeiAsia, Japan Airlines will launch a passenger transport service that will connect passengers to airports and other tourist attractions in Mie Prefecture and other areas. According to this report quoted by Gizmochina, Japan Airlines (JAL) aims to develop this service as a taxi service that will take passengers from the airport to different places in the country while traveling by air. There is no doubt that many other countries of the world are working on developing such a car. A major competition in the flying car business among the automobile industry is likely to be seen in the near future.

Launching this service would also require Japan Airlines to meet the required safety regulations in Japan. The report states that the company will use aircraft manufactured by Volocopter, a German startup, in which it had invested back in 2020. The vehicle is a two-seater drone type aircraft called eVTOL (eVTOL (Electric Vertical Takeoff and Landing Aircraft). It offers a cruising range of 35 km and can fly at a speed of 110 kmph.

Currently, Japan Airlines has signed a cooperation agreement with Mie Prefecture to begin trials for the commercialization of the service. The tests conducted include short range flights of about 20 kms. After that it will move towards medium to long distance travel which is between 50 to 150 kms. The service is set to begin commercial operations in fiscal year 2025 and is expected to initially connect the prefecture’s main airport to tourist destinations.