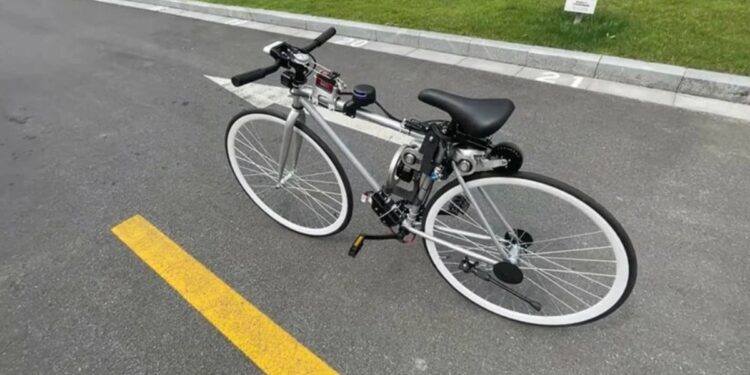 Huawei is working on a new product which is its own product. We are not talking about any smartphone, smartband or other smart device. We are talking about the company’s new automatic self-driving cycle which can run even in unmanned condition. Like a self-driving car, it is a self-driving bicycle that can be operated even if it is unmanned.

Engineers at the Chinese tech giant are working on a new bike that can keep its balance on even the thinnest surfaces. Apart from this, this self-driving cycle comes with impressive features. As it has high precision sensors on its body, image recognition cameras, as well as Artificial Intelligence (AI) technology that enables it to run even when it is unmanned.

One of the top engineers on this project is Zhihui Jun. He had faced a cycle accident once and it was only then that he got the idea. The injury sustained from the accident led him to realize that a self-driving bike was a possibility. Thus the company’s team put together a self-control system with a perception sensor network and a chip, which acts as the brain of the system and provides the necessary computing power, and made this product a reality.

Engineers first started modeling bicycles on CAD. Then on the physical prototype added two large brushless motors and steering gear. He then equipped the bike with an RGBD depth camera, accelerometer, gyroscope and even a LiDAR sensor. As per a DesignBoom report quoted by Gizmochina, the bike is powered by a lithium-based battery that can last for 2 to 3 hours. While the main control module is located just below the seat.

Huawei’s engineers outfitted the cycle with a control module that works to maintain a balance similar to the systems used in artificial satellites. In other words, it is equipped with a small but high precision sensor. It can detect even the slightest tilt and immediately sends data to the control module so that the bike can handle itself without any outside help. The motor also helps drive the rear wheel, which enables it to move without pedaling.