Google remembers Shirley Temple, who won Oscar at the age of 6, through a doodle 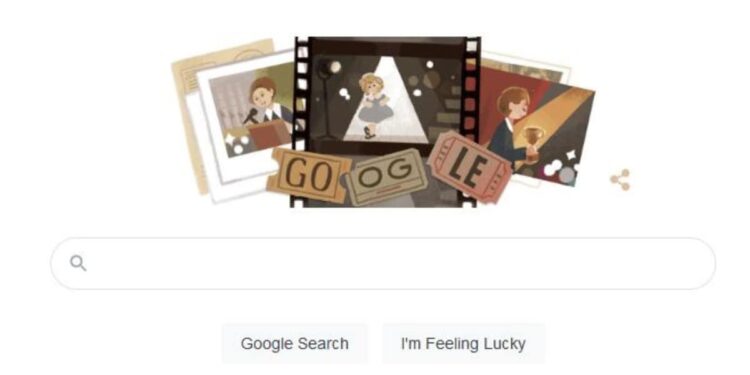 Google’s doodle today, June 9, is dedicated to Shirley Temple, who is recognized as a Hollywood child actress. Actually, on this day in the year 2015, “Love, Shirley Temple” was started at the Santa Monica History Museum, in which many things related to him were kept in the museum. On this occasion, today Google has remembered Shirley Temple through its doodle. Let us tell you, the identity of Shirley Temple is not limited only to the Chilean actress but she is also known as a dancer and diplomat. At the age of 22, she retired from the film career and began a political career as a youth and also served as the Ambassador of the United States of America.

Today, as soon as you open Google to do some search, you will see a doodle. This doodle is dedicated to Shirley Temple. Three images of Shirley Temple have been included in this doodle, which represent important stages of his life. In these three pictures, there is an animated picture, in which little Shirley Temple is shown dancing. While in the other two pictures you can see that Shirley is addressing people as a diplomat in one, in the other picture she is shown winning an Oscar.

Who was Shirley Temple?

Shirley Temple is known as an American actress, dancer and diplomat. Shirley began his Hollywood career in 1932 at the age of three, while at the age of 6 he was also awarded the Oscar Award in February 1935 for his outstanding contribution as a child artist. However, his box office popularity waned a bit by the time he reached adolescence. Finally in 1950, at the age of 22, he retired from the film career. After this, he had his services in many social work. At the same time, in the year 1969, he started his political career. As an adult, she was appointed United States Ambassador to Ghana and Czechoslovakia and served as the first chief of protocol in the United States State Department. He died in the US in the year 2014. At the same time, in the year 2015, “Love, Shirley Temple” was started at the Santa Monica History Museum to refresh the memories associated with him.
<!–